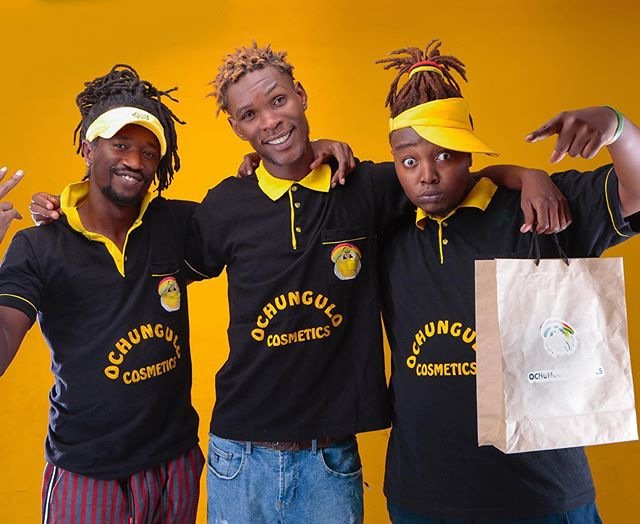 Ochungulo is one of Kenya’s most popular gengetone groups, some hail them as the pioneers of gengetone.

It is made up of three members; NellytheGoon, D’more and Benzema/Alejandro (real name David).All three members of the group hail from the Southlands neighborhood in Lang’ata Constituency, Nairobi.

While they found success as a unit, the three long-time friends had long been pursuing solo careers.NellytheGoon was a solo rapper, flowing in English over trap beats, a far cry from his now famous witty Sheng’ wordplay style.D’more was looking to break into the mainstream of Kenyan music with various urban afro-pop and club banger tunes.

Benzema, on the other hand, had been in the game for years as an electronic music producer and event organizer. He was part of the famous Meta Dj’s that hosted the popular Daylight insomnia events.

He was a member of Lectronica Circle, one of Kenya’s earliest EDM groups. Benzema was also key in organizing Daylight Insomnia, a daytime event that was wildly popular with teenagers in Nairobi between 2012 and 2014.

2017 gave birth to the renowned gengetone group. This was after Benzema recruited Dmore for their first single dubbed ‘Ochungulo’. A year later, Nelly joined the crew and the gengetone trinity was formed.

2018 marked the year of the Gengetone and Ochungulo family. The avengers assembled to create serial hits;

On 12th February, 2021. The Ochungulo family sent their fans a rather upsetting statement. The group through a statement on their social media, declare their split. ‘Yes, the end of Ochungulo Family’. ''To all our Fans...We wanna say Thank you for the support you have given us the past few years. You have been good to us, God has been good to us and the music has been good to us. We have reached a point where we have different goals and targets. So the decision of us splitting is a mutual feeling and we saw that as the best way forward. Again, Thank you so much for the support!!! We shall meet again. God bless you all'' the post read.
It is worth noting that all of Ochungulo’s music has been removed from Youtube and all other content is linking back to Nelly’s account.

The now ex ochungulo members have decided to pursue individual careers and still remain friends as the split was mutual. They have promised fans more music from them as individuals.Kudos to Benzema, Nelly and Dmore for all the sweet tunes and fan times. ‘Good luck guys, you will be missed.