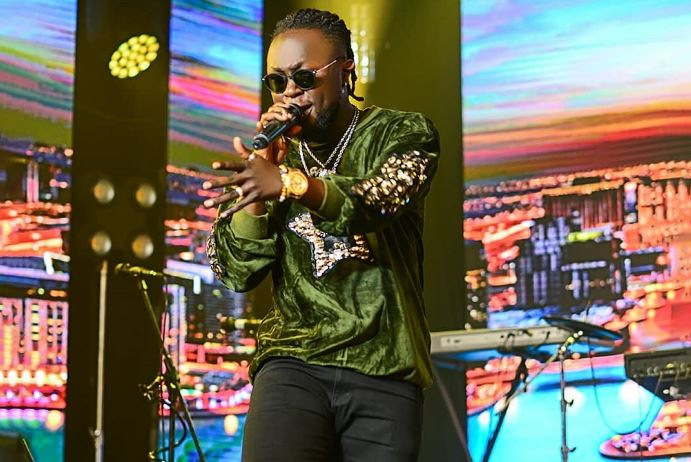 According to Dre Cali, Radio’s music inspired him to be the great artist he is today.

When the Mpaka Records signee emerged on the music industry in 2019, many compared him to the late Radio Mowzey saying he sounds just like him.

In an interview, Dre Cali confessed that he learned a lot from Radio, with the greatest lesson being how to lay down his lyrics."When Radio came into the limelight, I was in my P.7 vacation and it was then that I was maturing. To understand music fully, Radio was the trending artist and all his songs were very good," Dre Cali told Spark TV.

He further noted that Ugandans always celebrate Radio Mowzey because he is the best artist of their generation.

"I will say that Radio's music raised and groomed us into the men we are. That is why when the person that gave us the music died, we were very affected because his music helped us survive hard and emotional times, soothed our hearts and we would listen to it everywhere," Dre Cali said.