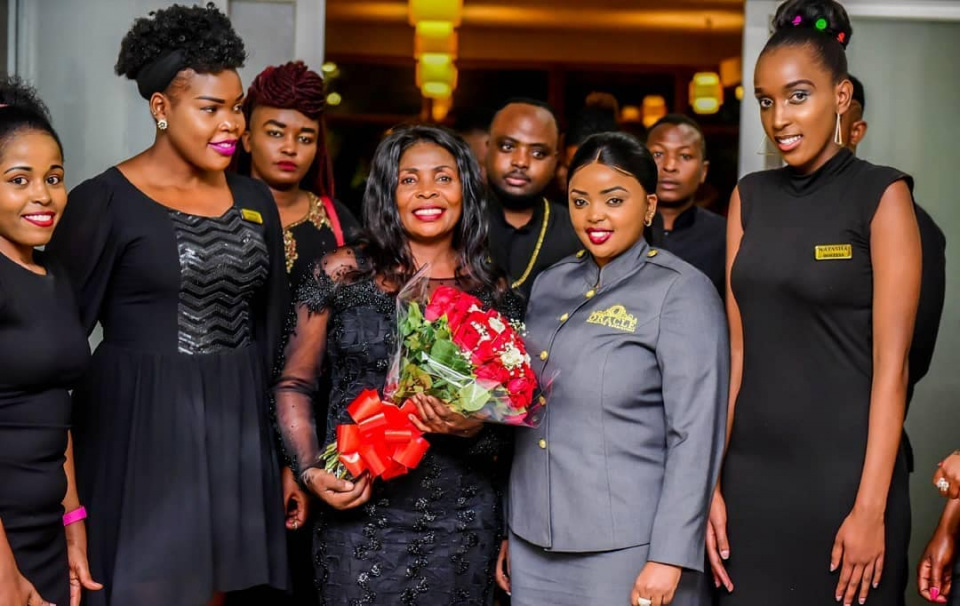 Celebrated Tanzanian gospel musician Rose Muhando has announced that she’ll be launching her new album later this month at Kempinski hotel in Nairobi.

According to the poster advertising the launch, the entrance fee is Sh50,000 for regular and between one million to five million shillings for corporates.

The announcement has been received with both approval and criticism in fair share from her fans who commented on the post. 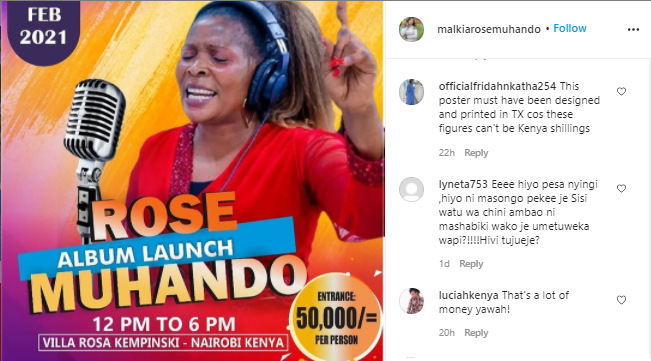 Some fans wondered if she meant 50,000 Kenyan shillings or Tanzanian shilling.

One user going by the name of @officialfaridankatha254 commented, “Who else feels that the figures are in TZ shillings? If so then it’s gonna mess the event big time. Who are the marketers here?”

To clarify, Rose Muhando noted that the amount was in Kenyan shillings. 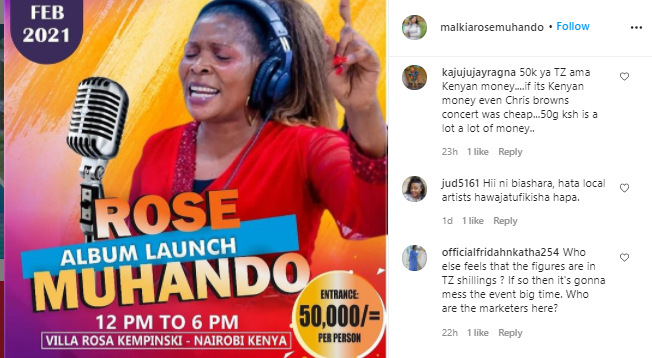 Another Instagram user  felt that the amount was a lot and compared it to Chris Brown’s concert which took place a few years back.

“50k ya TZ ama Kenyan money even Chris brown’s concert was cheap...50g is a lot of money.” The Instagram user commented. 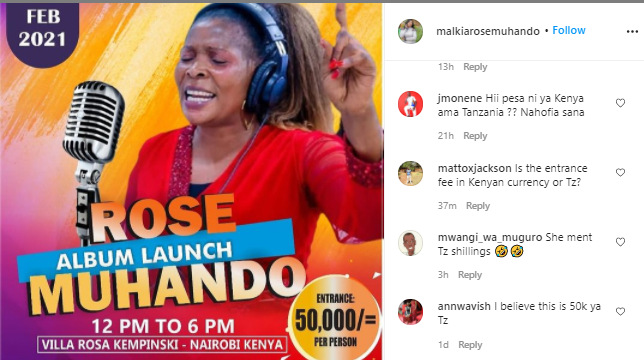 Despite the critics, Rose Muhando also got some support from some of her fans with one member asking her to increase the entrance fee to Sh70,000 in her next album launch. Replying to the fan, Rose said: “By it’s grace.”