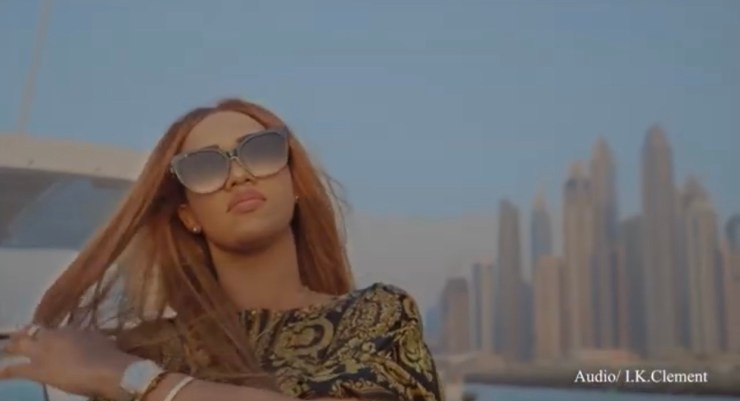 Platini P has started off the year by releasing a new sing titled ‘Helena’.

Helena’s production is on point as the sound fuses well with the classic beats; smooth but authoritative. It is the kind of music that speaks to the heart immediately it starts playing.

Read Also: 4 Rwandan Albums to Lookout for in 2021

‘Helena’ is in Kinyarwanda. It speaks to the heart through the native language.

The beats are slow and may have been produced with this speed to whip up emotions. The song must have been intended of more than the sweet love lyrics. Well known for his opulence and penchant for classy videos, Platini did it again with ‘Helena’.

The song was shot in Dubai and its environs. The mention of Dubai speaks volumes on the amount of money involved to make such an earth-shaking video. It features the sea-blue waters and stretchy beaches and the towering skyscrapers with an intimidating façade.

His fans have already given a big kudos for the song. Last year, Platini got tongues wagging after the release of his super expensive music video ‘Atansiyo’. He always wanted to do a classic video of international standards and ‘Atansiyo’ finally turned his dream into reality.

Shot in the desert, ‘Atansiyo’ is appealing to anyone even those who do not understand Kinyarwanda. When he shot it, he paid more than his initial budget of Rwf 6M.

“Dubai is expensive for a foreign artist to do music projects especially when you don’t have friends there. Everything you touch needs money but back home, sometimes we use friends in video which cuts the cost,” he told KT press.