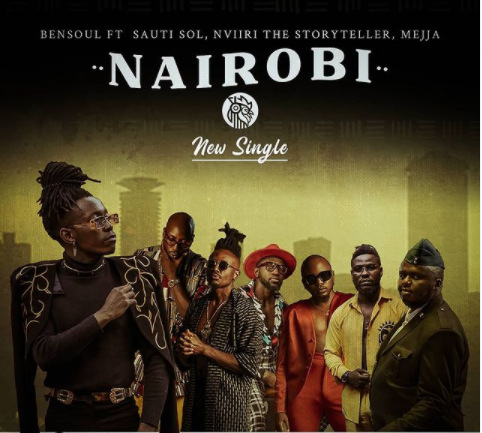 ‘Nairobi’ has a Rhumba-like feel and addresses the plight of leaving in this fast-paced city.

The new release is highly relatable as it outlines experiences that we face on a daily basis.

Production wise, the song is top notch. Fancy Fingers did a nice beats with the guitar, while Bensoul, Nviiri and Sauti Sol killed it vocally and with their theatrics in the video.

The decision to feature Mejja in the jam has worked perfectly as he has introduced a rap element, giving ‘Nairobi’ a new feel that is quite different from Sol Generation productions.

The song has elicited massive reactions and is currently one of the top trends on Twitter Kenya.

On YouTube, ‘Nairobi’ has been received well and currently has over 20,000 views in one hour, an indication that it is set to be a massive hit.