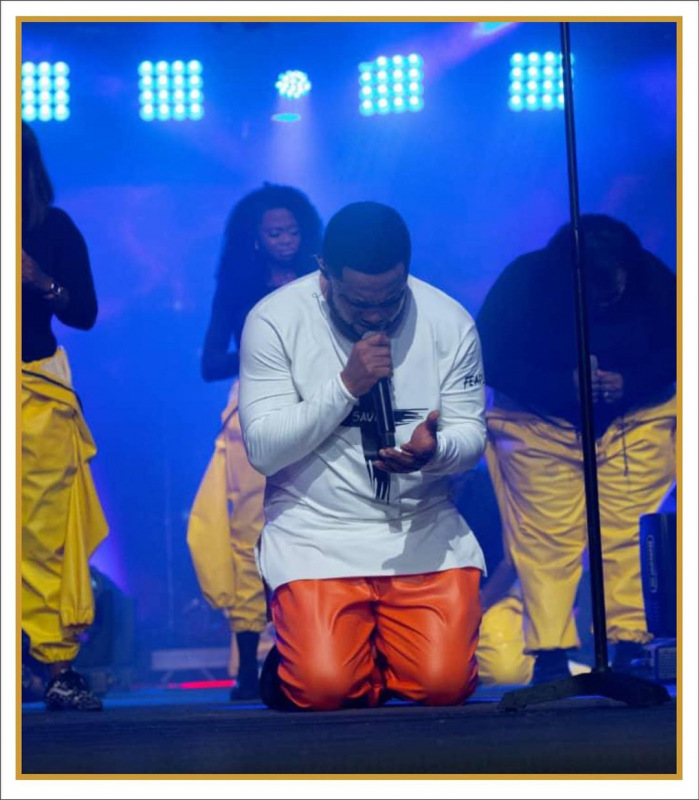 The year 2020 posed a significant challenge and brought with it an overhaul of the commonalities to many. Covid-19 pandemic in particular was a major blocker in the norm, we could no longer meet and greet, socialize or attend church as it were. We look at top 5 Nigerian gospel musicians who have stood the test of time to produce, worship, pray and in difficult time held the nation together and the believers around them through song in Worship.

1. Nathaniel Bassey
Born in Lagos in 1978. Nathaniel Bassey is popularly known for his song "Imela" "Onise Iyanu" and "Olowogbogboro." He has been a pillar in the #HallelujahChallenge, where he, together with other spirit filled believers worships God for an hour, from 12:00 am to 1:00 am.
https://www.youtube.com/watch?v=Ifm3nQfVB9s&list=PLwjAIk1orr26IVb7R3ggcKhkfdYqT6qam&ab_channel=NathanielBasseyMain

2. Sinach
Born Osinachi Kalu Okoro Egbu, Sinach who is based at Loveworld USA, became the first singer-songwriter to top the Billboard Christian Songwriter chart for 12 weeks in a row so far having won the LIMA Song Writer of the Decade Award, African Achievers' Award for Global Excellence, Western Africa Artist Of The Year by Groove Awards in Kenya.
https://www.youtube.com/watch?v=lxeYf0w2Xlo&ab_channel=SINACH

3. Mercy Chinwo
The former Nigerian Idol winner, Chinedum’ hitmaker Mercy Chinwo’s sophomore album Satisfied was released in 2020.
She is not only renowned for charming lyricism but also a powerful, searing voice. Satisfied was released on EeZee Conceptz Global, and is among the most streamed Nigerian albums for the year.
https://www.youtube.com/watch?v=Zhln48vyNsQ&ab_channel=MercyChinwo

4. Frank Edwards
Born in a a Christ believing family, Frank had the opportunity to learn and experience music firsthand from early in his life.Iin 2012, Frank Edwards won West Africa’s best male vocalist, grabbing three awards at the Nigerian Gospel Music Awards for – Male Artist of the Year, Song of the Year and Best Male. The 31-year-old artiste has heavily influenced the life of many Nigerians and has become a household name in record time since his debut of 2008. His song All that matters recently got a viewership of 30 million.

5. Tim Godfrey
Being regarded as the Nigerian version of Kirk Franklin and Tye Tribbett frm his musical ideas, Tim Godfrey has risen in the Gospel ministry and the industry over time. His biggest being his collaboration with Travis Green.
https://www.youtube.com/watch?v=KK1pTQCz2O0&ab_channel=TimGodfreyWorld