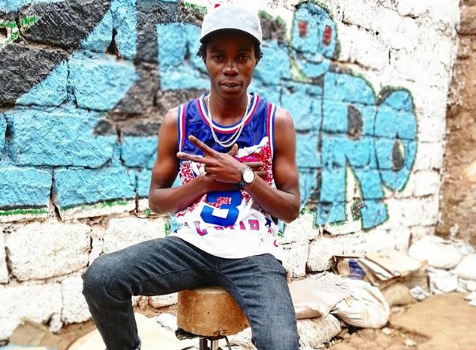 The jam was produced by Zilli1one Music and Kovx Wise. ‘Eyes Don’t Speak’ has soft beats with a flawless flow of lyrics in Swahili and English coupled with a feel of dancehall.

The hit has been well received and already has over three thousand five hundred views a few hours after the song premiered on YouTube.

The reception of the audio indicates that the visuals for ‘Eyes Don’t Speak’ will be well received too.

Last year, Zzeros’ music grew drastically and he was able to make waves with his new fresh and artistic style. Some of the songs he released last year include; ‘Bwana wa Mabwana’, ‘Coroma’, ‘Magoe’, ‘Life’ and ‘Tam Tam’.

He was also able to release an official music video for his song ‘Magoe’, which already has over 171,000 views on YouTube. ‘Bwana wa Mabwana’ which he released last year in March has the highest views on his official YouTube Channel with over 204,000 views.

‘Eyes Don’t Speak’ is his first jam in 2021 and it sets the bar so high for his next projects which we cannot wait to listen to.