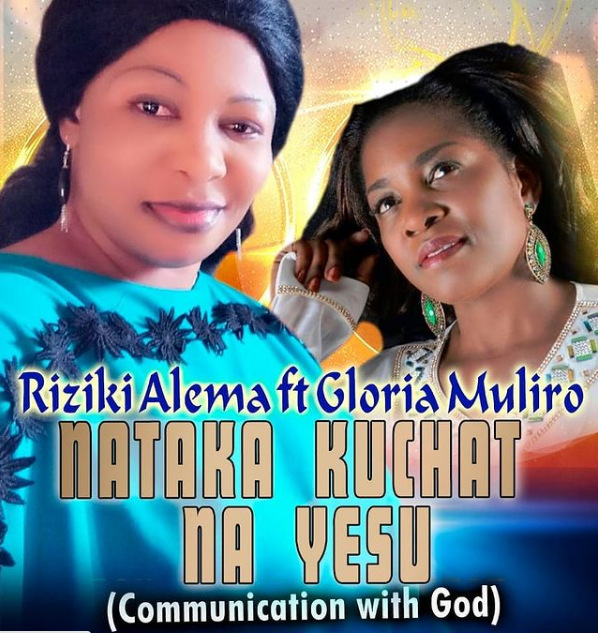 ‘Nataka Kuchat Na Yesu’ is a jam about communication with God. The visuals which were directed by T Sappy, open with Riziki as a fruit vendor selling fruits on the streets.

She proceeds to wash and cut some fruits for a gentleman in a car, who after eating step out kicks the bucket containing the rest of the fruits, and proceeds to leave her there without any care in the world.

She starts to sing as she collects the fruits and returns them to the bucket. The next scene showcases the two ladies, Riziki and Gloria, sitting while facing each other. Riziki sings to Gloria telling her that there was a time in her life where she almost gave up hope after facing trials and tribulations. She continues to expound on how she sought to get help and fell in the hands of her friends and family.

The visuals take us to her friends who are counting money but as soon as she chats them up and asks for some help they tell her that they are broke.

The talented Gloria Muliro joins in the audio which was produced by Mastola Music. She sticks to the theme too, explaining how she was also wrong in the past to put her faith and trust in a human being. She adds that she has chatted with lots of people during happy times, but as soon as she started facing challenges, they disappeared and she remained with God.

The jam has been received well, and currently has over 20,000 views on YouTube.