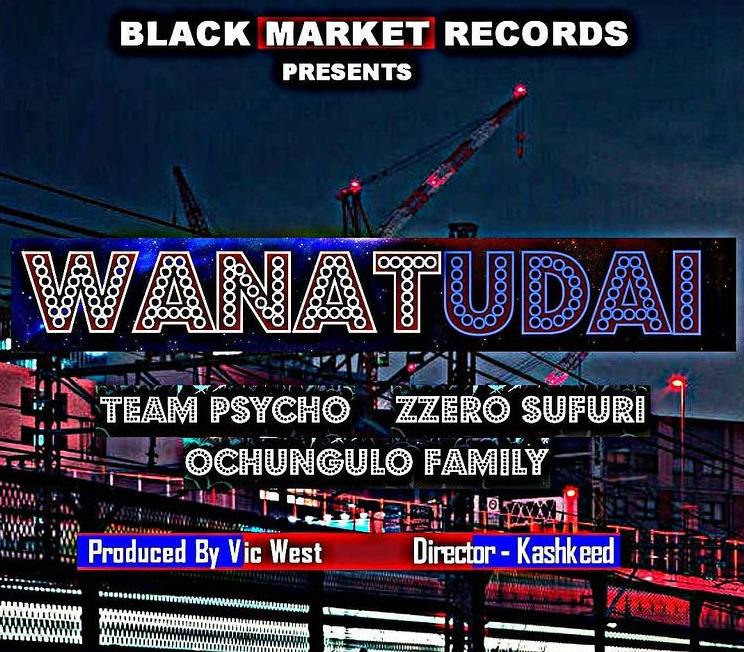 Fast-rising Group Team Pyscho has featured Zzero and Dmore who is a member of the Ochungulo family in a new jam dubbed ‘Wanatudai’.

‘Wanatudai’is a feel-good jam in which the artists swear that people really want them.

The jam which was produced by Vic West takes a break from the hardcore sheng’ and delivers the catchy lyrics in a relaxed way.

The jam has simple Swahili and Sheng words making it the perfect jam to listen to while relaxing.

The visuals which were produced by Kashkeed mix visuals from a luxurious hotel with a beautiful video vixen, to the other side on the streets where fans jam to the hit.

As the norm is in most Gengetone songs, the video has a simple fun, and catchy choreography where young people and children dance to the song as they enjoy themselves.

‘Wanatudai’ is an interesting jam as each artist brings something different to the table. Some of them deliver sensual lyrics, while others deliver comedic lines that make you laugh as you listen.

The mix of the two makes the jam so enjoyable. ‘Wanatudai’ which premiered only a few hours ago on Team Psycho's YouTube channel is doing well and already has over a thousand views.

Meanwhile, Ochungulo Family released a jam dubbed ‘Wanjiku’ barely a month ago. The jam has become a fan favorite and currently has over 450,000 views on YouTube in such a short amount of time.