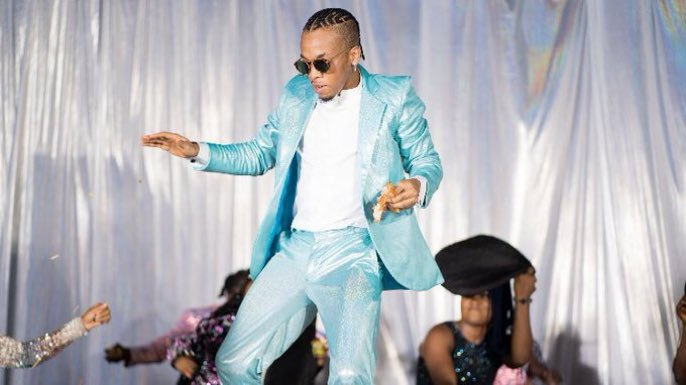 Tekno has dropped the audio for 'Enjoy' on November 20 and wastes no time in following it up with visuals.

The new song produced by Blaise Beatz is a fast-paced track with some groovy melody, enough to enable you switch into a festive season.

The video makes 'Enjoy' sound even better as Tekno sings and dances to the tune - full of energy alongside some nice dance moves.

Directed by TG Omori, the 'Enjoy' video which premiered on November 30 starts with Tekno locked inside what looks like a supermarket - eating break and taking drinks, even as police knock on the door asking him to open the door.

The video ends with Tekno having a feast with his friends - enjoying themselves, just like the song is all about.

Tekno who has released a number of hit singles this year among them 'Kata', 'PuTTin' and 'Skeleton' is preparing to release a new album this December.

In one of his most recent posts on social media, the multiple award-winning singer hinted that he would drop the album on December 10.

It is widely expected that Tekno has named the album 'Old Romance'.