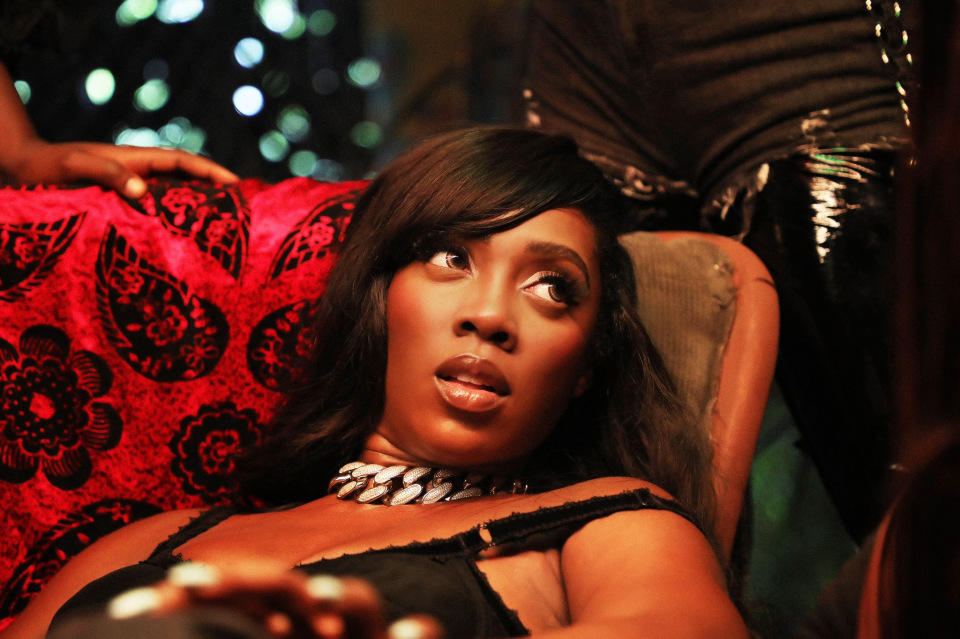 American weekly news magazine and news website published and based in New York City, Time Magazine, has listed Tiwa Savage's album 'Celia' among the top 10 albums released by various artists across the globe in 2020.

In its latest edition, Time Magazine ranked the album released in August 2020 at number 10. 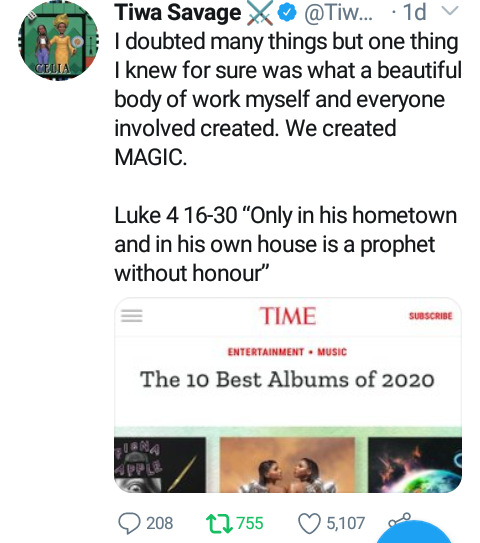 The magazine noted that 'Celia' "is characterized by an infectious buoyancy" - praising her ability to precisely voice flip fluidly between English and Yoruba.

Tiwa Savage's choice of collaboration in the album was also a plus for her, as, Time Magazine notes, she was able to show off an alluring chemistry with the artists.

"Their inspired contributions make Celia a Nigerian standout in a year of creative excellence from the country," noted Time Magazine.

The album is supported by previously released singles 'Dangerous Love' and 'Koroba', both of which already have official music videos that have performed well.

Reacting to 'Celia' being ranked among the top 10 albums, Tiwa Savage said she was always confident that it was a beautiful body of work.

"I doubted many things but one thing I knew for sure was what a beautiful body of work myself and everyone involved created. We created MAGIC," read part of a post on her official Twitter handle.