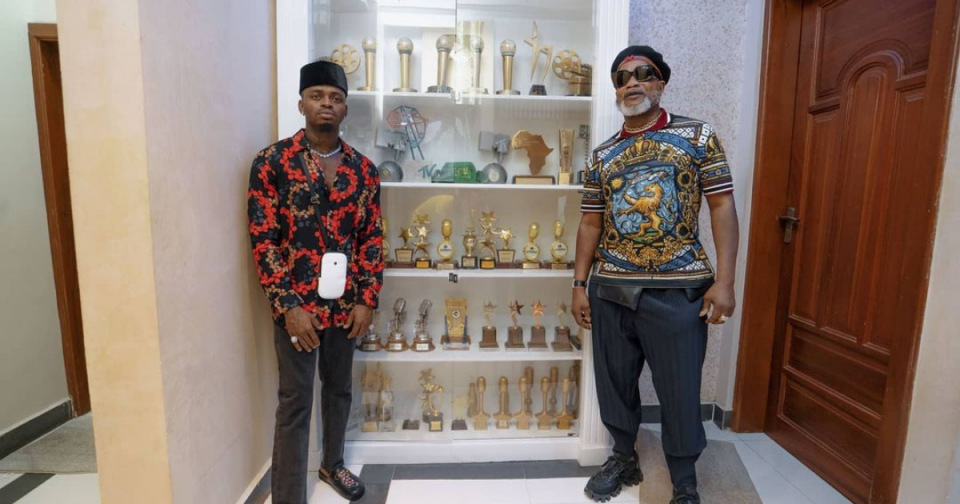 Diamond Platnumz has explained why Kofi Olomide came to Tanzania to record their collabo dubbed ‘Waah.’

The song was released on Wednesday after the recording was finalized over the weekend when Kofi landed in Tanzania.

Speaking during the single’s release, Diamond stated that it was wise for Kofi to visit Tanzania because it would have been expensive to facilitate his crew's stay in Congo.

Questions were asked why Kofi, a senior to Diamond, had to travel for the collabo.

Diamond further stated that Kofi has another music video that he plans to shoot in Tanzania besides their collaboration.

The WCB boss added that the collabo was supposed to be released in March, but the coronavirus pandemic hampered their plans.

The ‘Jeje’ singer added that he began writing the song while touring Europe, adding that plans to work with Kofi were initiated by Inoss B.

Inoss B featured Diamond on the Yope remix; a song that was nominated for the BET Awards in June.