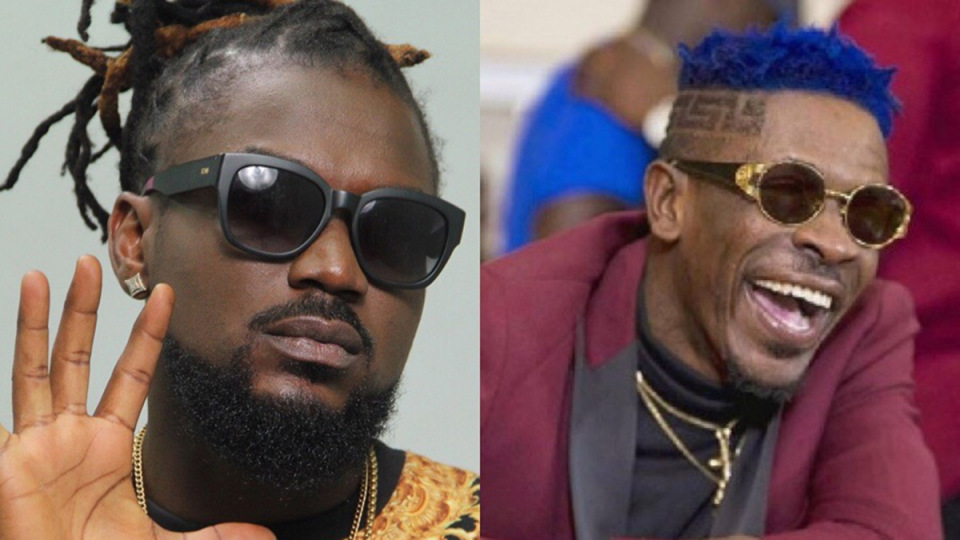 The Shatta Movement leader has reacted to his endorsement for President Akufo Addo by saying that Samini is a liar and confused. This came after Samini released his latest song titled ‘Kpoyaka’ to endorse President Akufo-Ado.
The king of dancehall music Shatta Wale revealed this in an interview on Kumai-based Angel FM, where spoke with Ike De Unpredictable and said that he will soon put a stop to Samini from deceiving his fellow Ghanaians. This was after he questioned why Samini changed his mind after saying that he will not endorse any political party that is resurfaced online.
“You told Ghanaians including your supporters that you will never endorse any political party. You condemned celebrities endorsing political parties but now Samini has endorsed NPP. He (Samini) is confused and a liar.

Shatta Wale further stated: “I will surely get time for Samini very soon because I won’t allow him to deceive Ghanaians. You told us you won’t do it but now you are happy doing it. Liar and confused Samini can never be trusted"