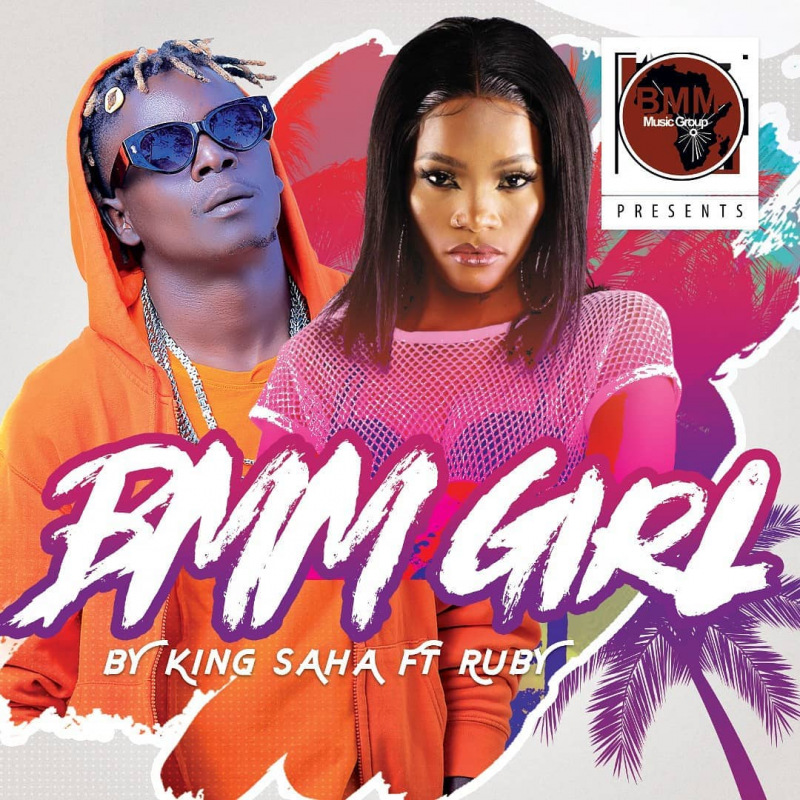 King Saha and Ruby first shared snippets of the song on their social media pages, keeping fans on their toes, anticipating for the video which has finally been released.

In ‘BMM Girl’, King Saha perfectly lays down soft lyrics about how much he loves this girl, also letting her know that he couldn't make it through without her.

King Saha known for his lyrical maturity does not disappoint in his verse as he sings in Luganda, perfectly describing the woman he loves.

On her part, Ruby sings entirely in Swahili. The video was shot and directed by multi award winning videographer Sasha Vybz.

King Saha Teams Up with Eth for New Video 'Mwooli'

The visuals can't go unnoticed because of the high sense of fashion from King Saha's three vixens and Ruby.

The song was first premiered exclusively on Trace Mziki before it was uploaded on YouTube for the rest of the fans.

In just a day, the video has over 6,000 views on YouTube an indication that it is set to be a massive tune.

King Saha has done well in collaborations this year like Empeta ft. Sheebah, Mwooli ft. Eth Lawinsky among others.