Music Is Not About Money -Shatta Advises 2020 TV3 contestants 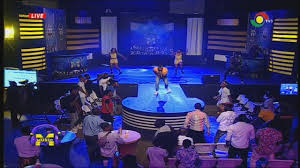 Ghanaian king of dancehall music Charles Nii Armah Mensah Jr popularly known by his stage name as Shatta Wale has advised the contestants of TV3’S Mentor of the year 2020 to put their focus on building careers and not to focus only on fame and making money.
Shatta Wale said this on Monday 2 November this year at the TV3 premises, where he was interacting with the mentees.

The top Ghanaian artiste Shatta Wale who is also known to be the Chief Executive Officer of Shatta Movement Empire opened up and said that the key to the top is all about the right attitude. He continued to say that having a good attitude towards hard work is the most important factor in their mission to become superstars.

The dancehall king Shatta Wale also spoke to mentees and encouraged them to have a positive state of mind “Music today is not only about money and fame but attitude towards the hard work”, he said.

The multiple award-winning music maker expressed his desire to want to see the mentees grow to higher levels and become superstars as that will be to his credit for inspiring the coming generation. “If you people achieve your dreams it’s to my credit too”, Shatta Wale said.