Kuami Eugene Cries Foul Over Lack of Love among Artistes 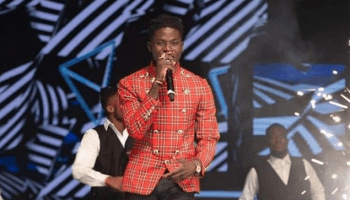 Eugene Kwame Marfo, the Ghanana highlife and afrobeats singer known by his stage name as Kuami Eugene is crying foul over what he explains as a deliberate failure by big established artistes to offer support to the small young coming up artistes.
The ‘Open Gate’ hitmaker’ artist says that the young coming up stars finds it very difficult and tough to rise to the top due to the negligence of the Ghanaian music pioneers. Kuami Eugene confessed in Facebook live session with fans that there are big artistes he follows on social media who never share any work they do or even those who do just put it on their stories.
"The big artistes do not support the small artistes in Ghana and it hurts" Kuami Eugene said. He also added that the attitude of big artists towards the young ones is unfair and really killing the drive of many who try to venture into the music industry.
The Ghanaian afrobeat singer and song writer Kuami Eugene went ahead in his argument and used the movie industry as a bench mark. He said senior actors and actresses do not see any value or need in assisting the works of the young ones which he points out to be the worst phenomenon.
According to Kuami Eugene, that is the true picture of the Ghana music and showbiz where the established one is not willing to help the coming up ones which has resulted in hatred and unhealthy competition naming it ‘Pull-Him-Down syndrome