Son of Africa: Kuami Eugene's New Album is all You Need to Appreciate Ghanaian Highlife 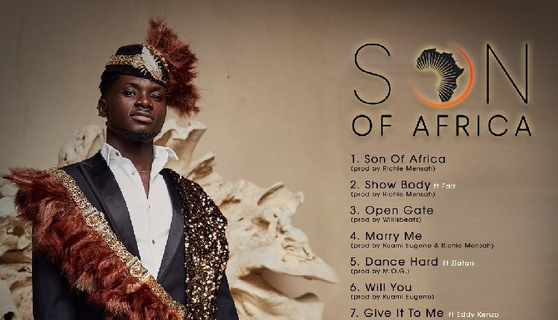 After so much anticipation and unusual anxiety, Ghanaian Highlife and Afrobeats singer and songwriter, Kuami Eugene, has finally released his 'Son of Africa' album.

The album was released on Friday, October 9, 2020. Until then, it had taken up spots on Twitter trends in Ghanawith many predicting what exactly wil be entailed in the album.

Son of Africa has 14 solid highlife and afrobeat bangers that have been carefully arranged and mastered in terms of voice and instrumentation. Theyt featured both Ghanaian and international artistes. Featured artistes include Shatta Wale, Sarkodie, Obaapa Christy, Samini, Prince Bright, DJ Mensah, Nigeria’s Zlatan and Falz and Eddy Kenzo from Uganda.

The album was produced by Richie Mensah, Wilis Beatz and Kuami Eugene himself.

Reports indicate that Son of Africa is already making waves on all online and social media platforms as fans are already in love with the album and trooping in congratulatory messages to Kwame Eugene after the release.

"I can never thank you enough for the love you have all shown me. Your effort to helping me make this beautiful album possible is highly appreciated," Kuami Eugene showed his appreciation in a tweet.

This is the second album he has released after releasing his debut album ‘Rockstar’ in December 2018.

Kuami Eugene is a signee of Lynx Entertainment and has released numerous songs since the onset of his career in the music industry.