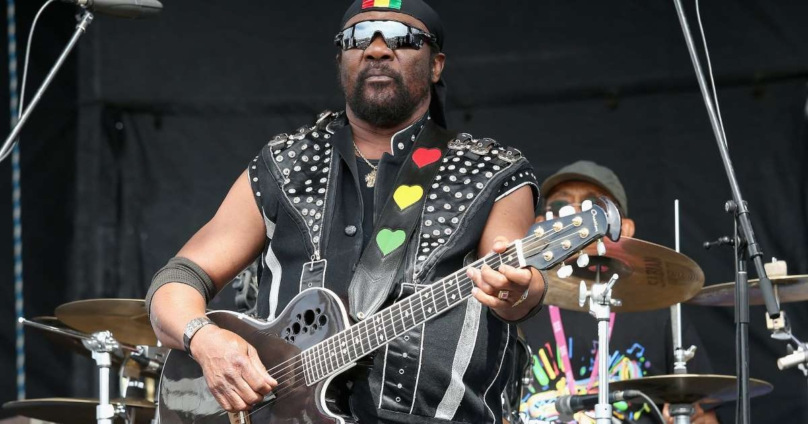 Legendary reggae artiste and frontman of Maytals reggae group Toots Hibbert has died at the age of 77, leaving behind a 39 year old wife Miss D, and seven of his eight children.

The news on his death was announced in a heartfelt message by his family member, who wrote: “It is with the heaviest of hearts to announce that Frederick Nathaniel ‘Toots’ Hibbert passed away peacefully tonight, surrounded by his family at the University Hospital of the West Indies in Kingston, Jamaica,”

“The family and his management team would like to thank the medical teams and professionals for their care and diligence, and ask that you respect their privacy during their time of grief.”

Although the death of Toots Hibbert, the man behind great songs such as Pressure Drop, Monkey Man, and 54-46 That’s My Number as leader of Toots and the Maytals has not yet been made clear, news from a family member indicates that Toots had recently been tested for COVID-19.

Hibbert, who was born in Claredon Jamaica in 1942, was widely known for his soulful voice which could only be compared to Otis Redding’s. He was also considered to greatly contribute towards the birth and growth of reggae music world wide. He was a jovial artiste whose passion was mostly in live performances until he became ill, taken to hospital and died days later.