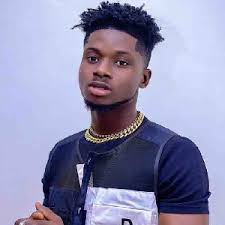 The VGMA21 artiste of the year award winner Kuami Eugene has responded to the people who criticized Sonnie Badu for congratulating a secular artiste and for referring to him as a ‘son’.

The renowned gospel minister was criticized for congratulating Kuami Eugene for winning the artiste of the year award. The critics were not happy with Sonnie Badu and said that his action encourages secular music; hence discouraging gospel music.

The criticism started off with Vision 1 FM’s OB Narty and later escalated to Celestine Donkor and other Christian who saw it wrong for a Christian to congratulate a secular musician and does not do the same for the gospel artistes.

Celestine Donkor further said that it would have been good if Sonnie Badu had also congratulated gospel musicians who won awards that night.

“It is just nice; morally right, and socially nice to throw your weight behind colleagues who are excelling. As a legend as he is, it is so highly expected of him. I call this ‘nhwehwe animu’. It’s really with the gospel folks,” she said.

While reacting to the above sentiments, Kuami Eugene told Citi News that it is important for people to be accepted regardless of where they come from or who they are.

“All I will say is that we should make room for everybody to shine, whether you are a church person or not, so far as you are human. That is what religion is all about. The ability to accept people regardless of where they are coming from. So, I’d say, let’s open up,” Kuami Eugene said.