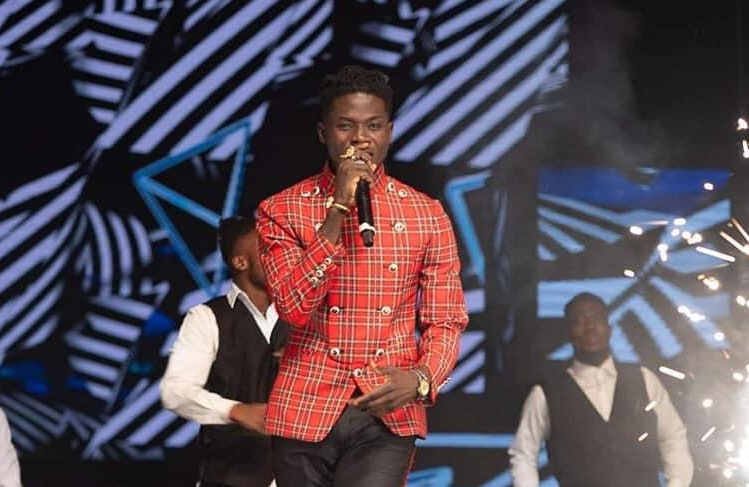 Rising Ghanaian highlife musician and Vodafone Ghana Music Artiste of the Year, Kuami Eugene has credited God and his mother for his success.

The “Open Gate” singer who was recently crowned the “Artiste of the Year” at the 2020 Vodafone Ghana Music Awards said on Accra-based HITZ Fm that he has come this far because of a promise he made to God at a young age to take his mother out of poverty.

Though the major credit for his success goes to his mother, Juliana Marfo, he believes that God had to push his success forward so he can keep his promise.

He said he is here in the first place because of his mum and this is because he made a promise to God that he should help him take his mother out of her need at a very young age.

Kuami Eugene, who is credited with many hits, disclosed that he was the last born when he made that covenant with God.

“If I have to grow and be like 30 and make some small money and stop letting her sell, she will be like 50,” he told Doreen Avio and Mercury Quaye.

“That’s not cool. So, God had to push my success early for me. He needed to bring it forward for me because if I have to do this, I have to be successful quickly,” he continued.

“I started going to the UK, Belgium and she was super excited about it and when I sent her pictures, you can tell her excitement from her face.”

“And this Artiste of the Year, she was so happy and took it so personal that she wanted to cry,” he added.