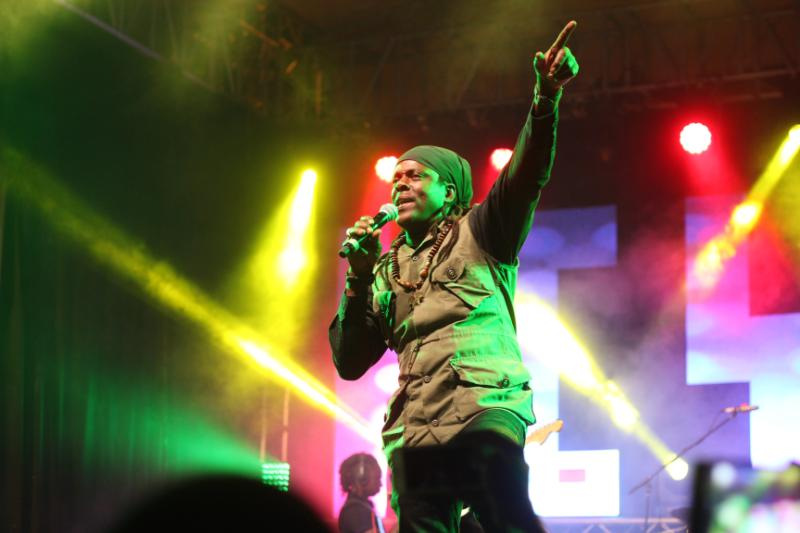 Reggae music is synonymous with Jamaican music and Reggae legends like Bob Marley and Lucky Dube. Over time, Reggae grew to be the most listened to music in Kenya with some artist venturing into the genre exclusively.  Mdundo now traces the origin of reggae music in Kenya and its evolution.

Kenyan reggae was inspired by ‘original reggae’ from Jamaica. However, in a bid to localize it, Kenyan reggae artistes infused aspects of Hip-hop, Benga and Lingala. It is not clear when reggae music was adopted in Kenya but reports indicate that the genre started ammersing popularity in the late 70s. At the time Reggae music was strongly associated with the poor or former freedom fighters.

Despite the hike in popularity it wasn't until the early 90s that the genre started airing on Kenyan media; radio was the most dorminant media. Widely listned to Reggae music was by reggae heavyweights, just to mention a few; Peter Tosh, Wailing Souls, Burning Spear, Jimmy Cliff, Don Carlos and Bob Marley.

Paul Otieno Imbaya popularly known as Mighty King Kong, is considered one of Kenya's Reggae music pioneers. He released his first album dubbed ‘Ladies Choice’ in 1999 and a second album ‘Cinderella’ two years later; both albums were produced by Next Level Studios under the leadership of Maurice Oyando; father to renowned radio host Talia Oyando.

In 2004, Mighty King Kong released his third album ‘Return of the King’ and followed it up with a compilation album dubbed ‘The Best of King Kong’. These projects made him a global sensation, attracting invites for him to perform in various countries across the world. A lot of Kenyans looked up to him with the expectation that his talent would propel him to the stature of Lucky Dube and other renowned international reggae artists. Unfortunately Mighty King Kong mysteriously died in 2007 with reports indicating that he was allegedly poisoned.

Necessary Noize, a duo comprised of Wyre and Nazizi was also famous for Reggae music. In the early 2000s, the duo dominated airwaves with  hit songs such as; ‘Kenyan Boy Kenyan Girl’ and ‘Fire Anthem’. Wyre would later team up with Jamaican dancehall queen Ce’cile for a remix of his hit song ‘She Say Dat’. Alongside Nazizi, other artistes who tried their luck in reggae music include; Ken Wamaria, Melisah Omeh, Abbi Nyinza among others.

Over the years, the media has played a significant role in popularizing Reggae music in Kenya. Currently, several media outlets have shows solely dedicated to reggae music. Some presenters who have played a key role in growing a fanbase for Reggae in Kenya include; Fred Obachi Machoka, Talia Oyando,  Mbusi and Lion of Radio Jambo, Rapcha the Sayantist, Shix Kapienga, Njambi Koikai, James Kang’ethe alias Bonoko and these are just to mention a few.

As  earlier mentioned, not as many artists have explored Reggae in Kenya; but this in no way represents Reggae music listnership. Reggae concerts attract massive attendance, a spectacle, no other shows exprience. Some renowned reggae acts that have held concerts in Kenya include; Gregory Isaacs, Joseph Hill, Buju Banton, Lucky Dube, Tarrus Railey, Richie Spice, Chronixx, Christopher Martin and Morgan Heritage.

Reggae is associated with activism. It adresses socio-political injustices to which the common citizen relates. Reggae adoptions such as Dancehall have been able to level up to  mainstream hit songs especially for a feel good party mix.