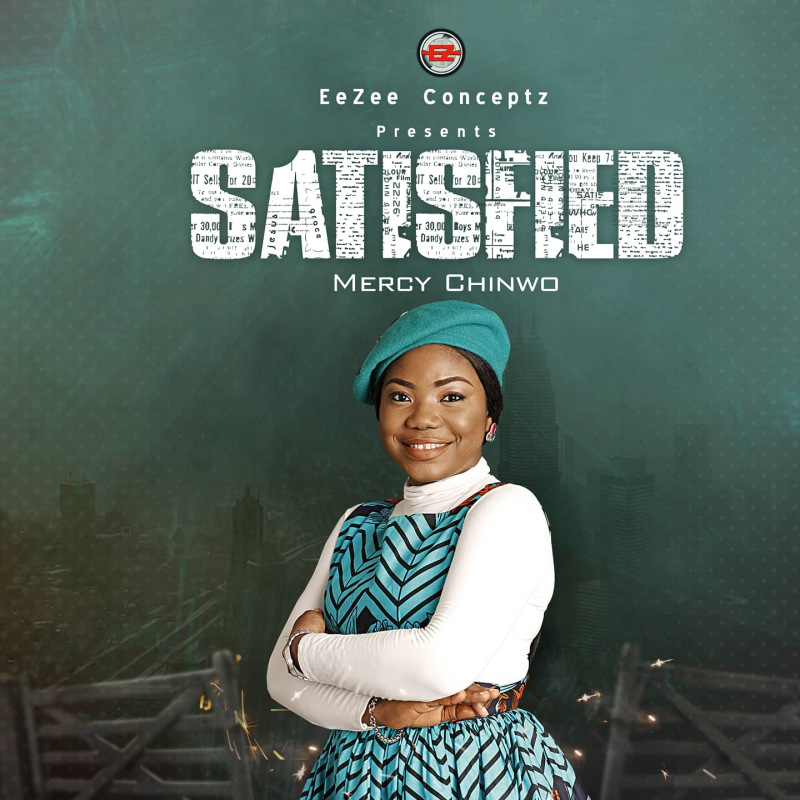 The album containing 15 tracks was officially released on Friday, July 3, as earlier scheduled, under the EeZee Conceptz Global record label.

'Satisfied' which is Mercy Chinwo's second album has several already released songs among them 'Akamdinelu' whose visuals were released in April this year and Obinasom.

Officially announcing release of the new sophomore album 'Satisfied', Mercy Chinwo posted on her social media pages asking her fans to download and stream the project. 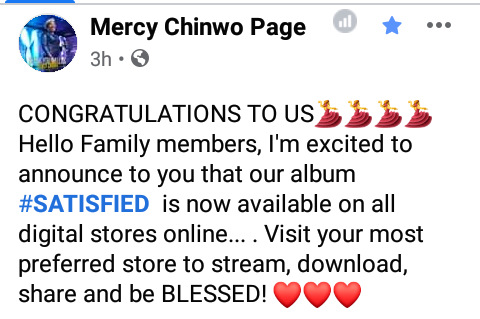 "CONGRATULATIONS TO US... Hello Family members, I'm excited to announce to you that our album #SATISFIED is now available on all digital stores online... . Visit your most preferred store to stream, download, share and be BLESSED!," she posted on Facebook.

Originally 'Satisfied' album launch had been scheduled for official release on April 19, but the live concert that would have climaxed in the release of the album was postponed due to emergence of the Coronavirus Pandemic.

Here is the track list for all the songs contained in the new project from Mercy Chinwo who has won multiple awards;

9. Tasted Of Your Power

This is a second album that follows the 2018 released project titled 'The Cross: My Gaze' that contains popular hit single 'Excess Love'.