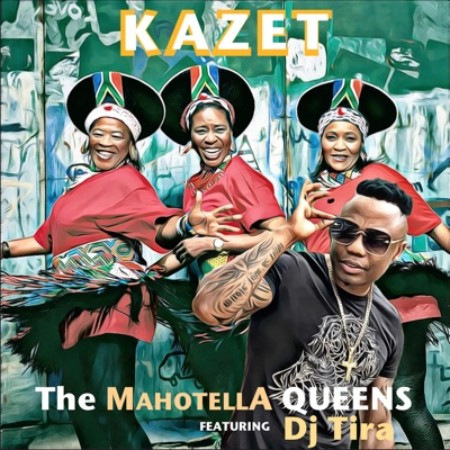 It is always a great thing to watch new school artists sample from their predecessors to create new music and this has actually propelled careers for artists such as Burna Boy. This is what DJ Tira has done with his latest drop titled ‘Kazet’ featured by The Mahotella Queens.

‘Kazet’ is actually taken from the title ‘Gazette’ which we all know means to publish a law. This song was released as a freedom song, freedom for the black people to be treated as people in their own country. South Africa was the last African country to gain independence which before that they went through apartheid which was segregation for the white people and discrimination against the black people.

DJ Tira is probably reminiscent of a song he grew up listening to in his household courtesy of his parents who definitely went through the bouts of apartheid. What he has done with this classic is completely genius. He has taken the song as it was sang by The Mahotella Queens and twitched the sound a bit. He has retained the strong bass and the guitar riffs from the original and layered them over an alred mixed Amapiano beat.

The video includes The Mahotella Queens and a layer of photos from S.A streets, farms and contrast of music players then and now (cassettes and discs). The video photo shops the mouth of the late lead singer of the single, Mahlathini on all that S.A goodness and richness.

Catch this reminiscent vibe with DJ Tira and The Mahotella Queens on ‘Kazet’.