Playboycasted Reveals His Future Music Plans: Davido Is In It 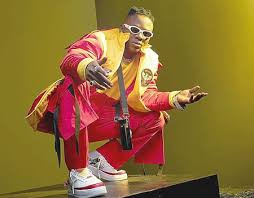 Born Ogundayomi Oluwafemi Olawale, renowned Ebutte-Metta Lagos born musician, Playboycasted, has revealed the 3 Nigerian music stars he would most like to collaborate with.

Speaking in an interview this past week, Playboycasted revealed that his musical fulfillment would come from featuring the likes of WizKid and Davido.

“I have worked with a number of artists, some of them include Junior Boy, Lyta, and many others. And then, I will love to create more sounds with Wizkid, Davido, Reekado, and Tiwa Savage,” He said.

The ‘Top Boy’ hitmaker went further to give expound on reasons why He looks forward to working with the three artists. “They have created the standard with Afro sound. The essence of features is to get the fans of the artist you are featuring to notice you. If Afro sound legends like Davido, Wizkid, and Tiwa Savage work on a project with me, you can imagine, a large audience would notice me and I can have a chance to be loved by them. I really look forward to such projects.”

Born in the 90s, Playboycasted who is a graduate of Ogun State Polytechnic, kick-started his professional music career with the release of a rap track ‘Shemi’ and other freestyle singles in 2013.

Since then, Playboycasted has continued to entertain his fans with songs ranging from ‘Mapamilekun’, featuring Obemzy Records signed artist Junior Boy; ‘Roller Coaster’; and a collaboration titled ‘Success’ featuring the then YBNL signed artist Lyta, who is now signed on the Doro Music label.

His latest project ‘Top Boy’, an EP, is currently the rave of the moment, boasting eight singles, including ‘Enough’, ‘Oremiti’, ‘Governor’, ‘Be There’, ‘Holla’ and ‘Shayo’ among other Afro-fusion hits.

To cap the EP, Playboycasted expressed himself in his usual inspirational manner on ‘Person’ featuring Otega and Noyawa, reminding his audience that there’s life beyond one’s current circumstances and that we all need to put in our best to create a better world.