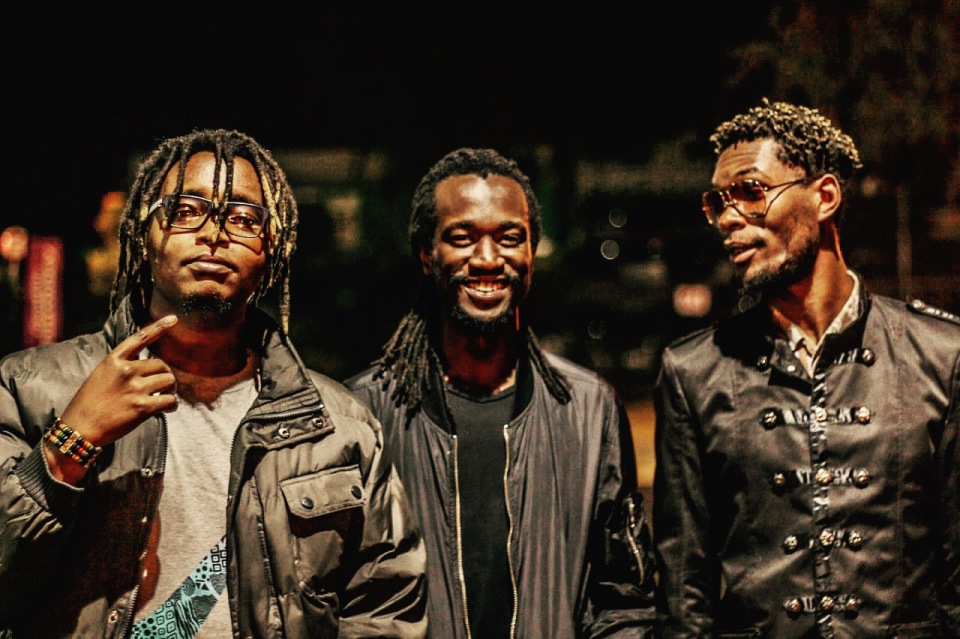 The Ochungulo family also known as the first family of ghetto rap has dropped a new song dubbed ‘Make Up’.

Produced by Musyoka, ‘Make Up’ is all about enhancing beauty among ladies, and having the appearance that most, if not all of them desire.

In the new release, Ochungulo Family portray make up as an essential part in a lady’s life, to an extent that some save for months to buy their dream make-up tool kits.

The video shot in a cosmetics shop has high elements of creativity, and has given members of the Ochungulo Family a new look that many are not used to.

In the video, members of the group are dressed as shop attendants and have the same uniform, giving them a different look from the usual gangster look adopted in most of their videos.

A couple of hours after it premiered, the song is doing relatively well with over 11,000 views on YouTube.

‘Make-up’ is Ochungulo Family’s comeback song after the group went silent for over 3 months.

Meanwhile, members of the group have been engaging in other collaborative projects with other artistes in the country.