GHANA: Ban on Stonebwoy and Shatta Wale should not be lifted - Veteran musician urges VGMA board 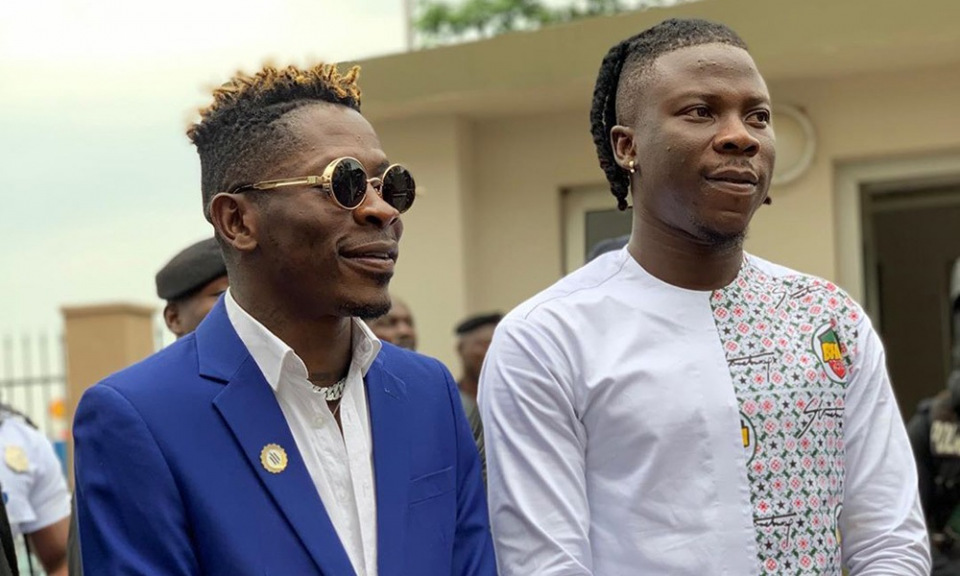 The Board of the Vodafone Ghana Music Awards (VGMA) have been urged by veteran highlife musician, Rex Omar, not to to be persuaded to lift the ban placed on dancehall artistes, Shatta Wale and Stonebwoy.

According to him, what happened between the two artistes during last year's awards ceremony has dented the image of the Ghanaian music industry; therefore the ban should not be lifted.

“What happened during the awards ceremony is wrong. It was wrong then and is wrong now and if we want it to continue then the ban should be lifted,” he said on an Accra-based 3FM.
He also indicated that those who made the decision to ban the two dancehall artistes should stick to it because the two artistes are not bigger than the Ghanaian music industry.
“I believe that in this world principles are very important and when you make a decision you have to understand the reason why you are making that decision and when you make that decision you have to stay by it,” he added.

The veteran highlife musician, who is also the chairman of the Ghana Music Right Organisation (GHAMRO), noted that the industry is guided by rules and after the fracas of the two artistes at the awards ceremony, the ban should serve as a deterrent to other artistes.

He maintained that the ban on the two artistes must continue to serve the purpose for which it was handed.