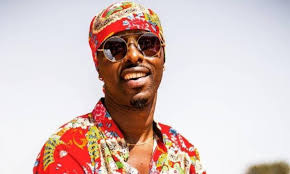 Eddy Kenzo is arguably one of the most fashionable male stars in Uganda, the self-appointed President, ‘Love Niggas association’ unleash his unique sense of style in this new video.

While inviting people for the video shoot few weeks back, Eddy Kenzo encouraged them to come dressed elegantly for the shoot, the models didn’t disappoint and came dressed to kill, in there suits and tuxedos.

The video features his fans and local celebrities like Ykee Benda, Exodus, Mad Rat & Chiko, John Blaq, B2C, Dj Shiru were also among the many people that graced the video shoot.The entertaining track was inspired by his breakup with his now ex and baby mama, Rema Namakula.

‘Semyekozo’ a statement from B2C and Rema’s hot collabo, ‘Gutujju’ is popular phrase in Uganda,used to refer to men who do not want to marry their women, but instead stay with them to waste their time.

In the song, the Big Talent Boss encourages all the Semyekozos to work hard as money is vital in today’s relationships . In his lyrics, he adds that women’s makeup and body creams are so expensive to afford.

The song was produced by hit maker and Sweet sounds records CEO, Ronnie at Mestil Hotel and the video shot and directed at Speke Resort Munyonyo by award-winning videographer, Jah Live.