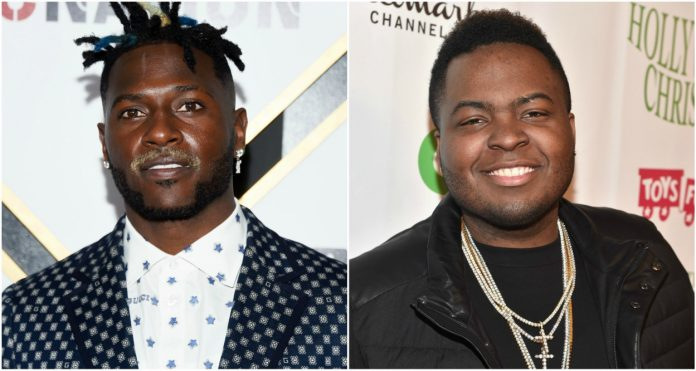 Antonio Brown was earlier this year accused by his then and now former personal trainer, Britney Taylor of sexual assault. He has maintained his innocence all through but he was still dropped by his team and lost many endorsement deals. He has since counter-sued Britney for defamation and has been big on his socials airing his many frustrations.

Sean Kingston on the other hand has been missing from the music scene. He had many hits back in the day with his Jamaican roots looking to break into mainstream pop. He gave us party anthems such as ‘Beautiful Girls’ and ‘Face Drop’.

Antonio Brown went on twitter to announce the news on the project by giving fans a snippet of what he and Sean have been working on in the studio. On one of the tweets he quotes, “pre-listening vibes on Friday.” The project is being produced by CAB records Inc.

Maybe this is what sets a new career path for Antonio Brown and puts Sean Kingston back on the industry map. The album drops in 2020.