GHANA: Dope Nation release new track to diss Kwesi Arthur but his fans think he should ignore them 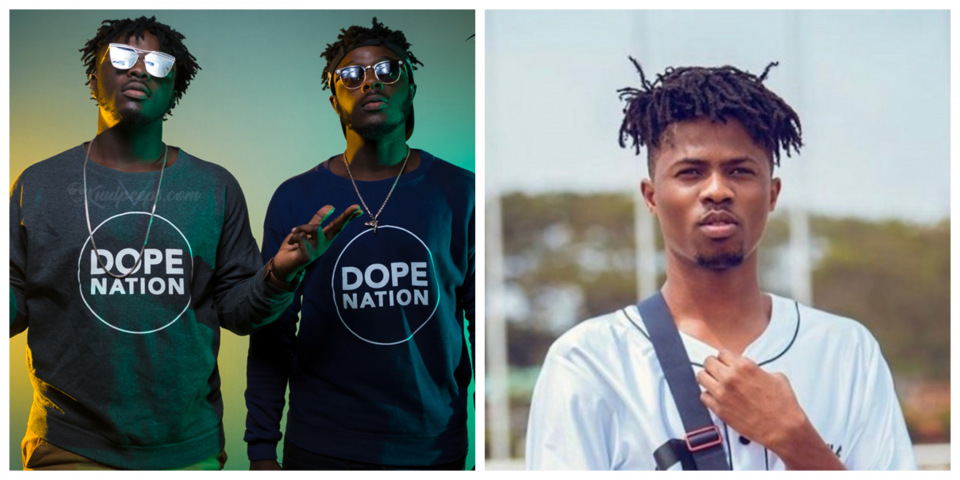 The song titled, “Chairman” has no mention of Kwesi Arthur's name but lyrics and punches of the new tune are clear descriptions of the award-winning rapper. As to what led to the ‘beef’, there are still so many speculations out there, with the popular one being attributed to a little misunderstanding that happened between the musicians at a performance in one of the Universities in the capital, Accra.

As per usual, the two musicians are trending on Twitter but while fans of Dope Nation are hailing the duo for their ‘killer’ punch lines, fans of Kwesi Arthur think replying the duo will be so low of him as they think the musicians just want hype. See some of the tweets below:

“Ah but Dopenation paa you guys wan compare verses with Kwesi Arthur or what, this your two heads can never be better than his. Maybe you guys just fail to listen to your own songs yourself tsw....nkwasia beef sei banku singer then rapper,” @blvkthursday tweeted.

“I jux woke to hear Dopenation dey diss Young King Kwesi Arthur smh one real we gotto be serious in this country I jux wasted my bundle to download this sh*t... calling yourself dope nation without a nation sorry kwesi nor dey beef Gh brother so try Mzvee maybe he go work,” @Nasty00007 tweeted.
These and several tweets from the campof Kwesi Arthur suggest that he should leave the duo hanging in the air as that will teach them a lesson.On the other side, fans of Dope Nation think this “beef” has really hit Kwesi Arthur so hard.