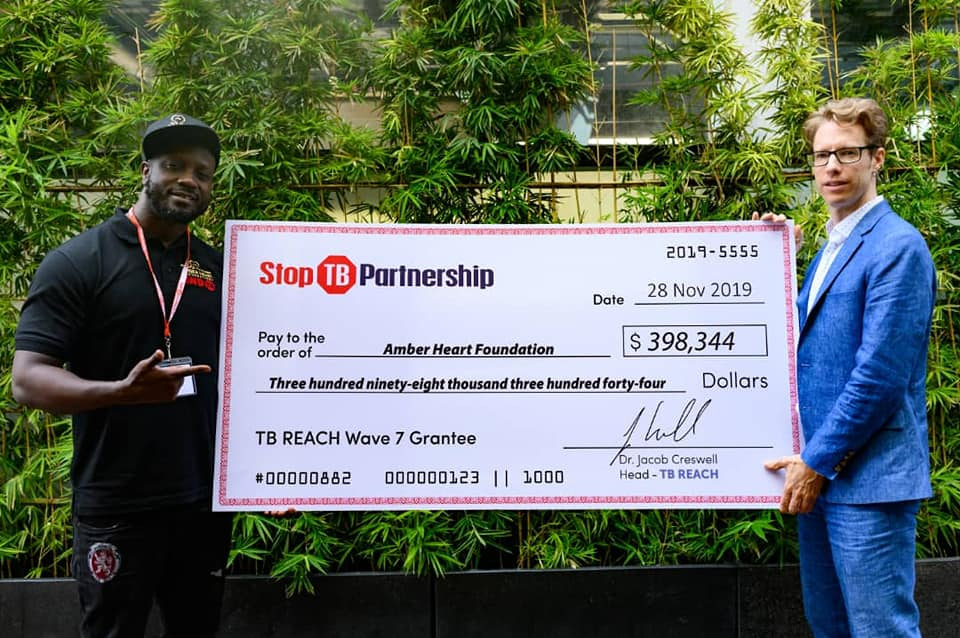 Ugandan musician, Moses Ssali commonly know by his stage name Bebe Cool is one of the many artists who decided to use his music status to reach out to the less privileged.

In August 2018, the self-styled Big Size launched his Non-profit charity organization known as ‘Amber Heart Foundation’ and dedicated it to all his charity activities.

Having been appointed as the ambassador for Tuberclosis in Uganda, Bebe Cool through this charity organisation has received over Shs1.48 billion (USD400,000) from Stop TB Partnership’s TB REACH initiative to fight Tuberculosis in Uganda.

Through his social media handles, Bebe Cool on Monday revealed the big news also stating that the grant was a result of a vigorous application exercise that saw The Amber Heart Foundation triumph over 600 applications that had to be chosen from all over the world.

"I am happy to inform you that I officially received a grant of close to $400,000 USD from Stop TB Partnership's TB REACH initiative at a ceremony that took place in Ho Chi Mihn City, Vietnam. The TB REACH initiative is funded by the Government of Canada and the Bill & Melinda Gates Foundation.

The grant, through my recently founded non profit organisation The Amber Heart Foundation, is in support of activities aimed at finding missing TB patients within the districts of Kampala, Jinja and Mbarara.

This grant is a result of a vigorous application exercise that saw The Amber Heart Foundation triumph over 600 applications that had to be chosen from all over the world. This is a great boost to my charity efforts. While for years i have been undertaking different charity works at my personal expense, it feels great when someone else recognizes such efforts and decides to chip in. This is a great boast for our health care system."

According to Bebe Cool, Ugandans do not know the symptoms of the killer disease and never get tested until it is too late. This grant will help the foundation sensitize the masses about the disease.

"Statistics prove that 80,000 Ugandans die of Tuberculosis annually yet this disease is treatable in all government facilities moreover for free. It is also absurd that many of my fellow Ugandans do not know the symptoms of TB and never think to get screened/tested until it is too late and they have passed it on to their loved ones. The Amber Heart Foundation using this grant comes in to feel the gap of awareness and mobilisation of people for testing and treatment." Bebe Cool posted.