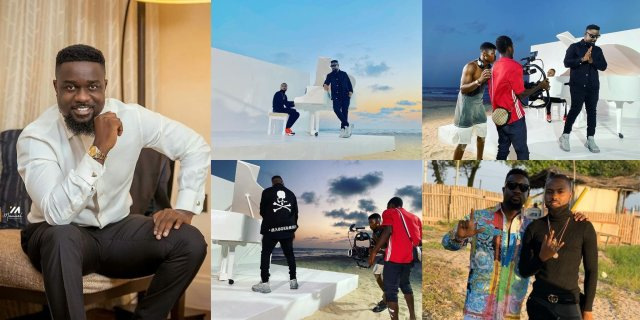 Ghana’s Most decorated rapper and two times BET winner, Sarkodie has taken to his official Instagram handle to announce to the world the new Artiste that he is set to blow with his verse.

In a post he made on Instagram, Sarkodie noted that the Underground must blow and that it all entails timing.

This move comes weeks after blowing Shatta Wale’s rival, Kweku Smoke with a hard delivery on his ‘Yedin‘ song.

Checks made by Celebrities Buzz revealed that the ‘Underground Artist’ Sarkodie was referring to is known as Nanky, a Tema Community One based musician.

He is a singer and songwriter.

While reacting to the stardom he is about to taste from ‘The Highest’, Nanky wrote;...More on Celebrities Buzz