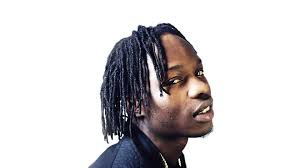 Naira Marley has thrown a shot at recently arrested popular yahoo boy, Mompha, over his one time claim that he was not a yahoo boy (Internet fraudster).

The singer at a performance yesterday revealed there was a time Mompha who is known to be a billionaire who spends lavishly on luxury items before he was arrested by the EFCC in Lagos last month called him to ask the question, “Am I A Yahoo Boy?” in which he (Naira Marley) never gave an answer.

He however then decided on given an answer to the question last night at a performance in Dubai and he responded saying Mompha is a notorious yahoo boy.

This response sent the crowd wild as they loved Naira Marley’s ability to create some bubbling scene with some natural talking skills.