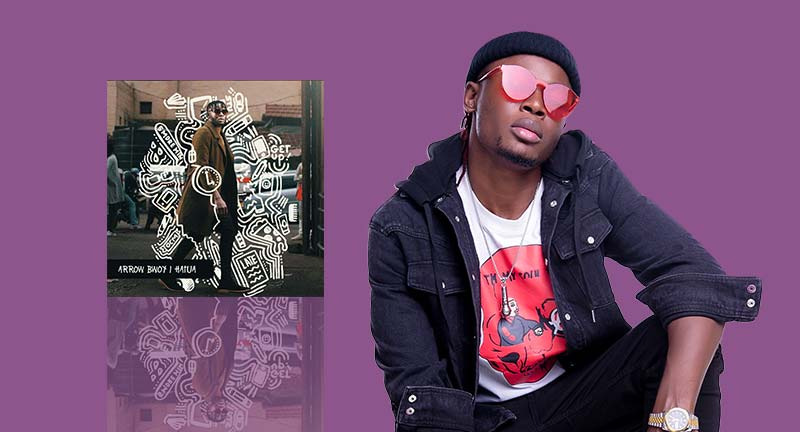 Arrow Bwoy has been a busy man the last past month. His been working on his first studio album ‘Hatua'. This is his debut album but not his debut tracks. Arrow Bwoy is a popular Kenyan artist known for hit songs like ‘Digidigi' and a feature on Nadia Mukami’s mega hit ‘Radio Love'.

‘Hatua' means step, and for his first step (debut album) his taking a mighty big stride. His album features a fifteen track list with some big local names as well as international artists. He features Fena Gitu on ‘Ride', Cecile on ‘Lika' , Jovial on ‘Wrong Number' , Wyre on Pesa and Nigeria’s megastar Mayorkun on ‘African Mama'.

Arrow Bwoy has been teasing with his new album, dropping  a song off the album almost every week. The most recent song to drop is ‘Pesa' featuring Wyre. The song is quite brilliant as Arrow Bwoy tag teams with the pioneer of Kenyan music to tell us how money has become such a priority in today’s society. ‘if don’t make money then you make no sense'. Arrow Bwoy and Wyre flex their vocals on the bongo Afro beat with quite the ease as both artist have mastery when it comes to sending messages through their music. Kudos to Arrow Bwoy on his new album.

Stay tuned to follow up on the awesome visuals brewing up after all this incredible audios.