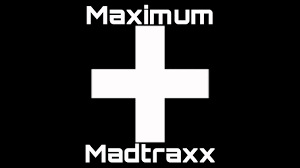 We all know and love The Kansoul music group. The three man group consisting of Madtraxx, Mejja and Kid Kora is full of creative diversity. Everybody in the crew has a different sound and different flow that they all combine to make smashing hits.Over the years  The Kansoul have blessed the Nairobi night life with club bangers like ‘Nyongwa' , ‘Jinyce' , ‘Bablas' , ‘Accelerator’ and the most recent ‘Rudi Salon'.

Madtraxx has left the party scene for a bit to give us something special. On his solo act his dropped a new single dubbed ‘Maximum’.  The song is produced and performed by Madtraxx himself. The jam is about doing everything thing to the fullest. Madtraxx says,  “Instructions for life. Go Hard or Go home”. The song is awesome is super good , it’s full of creative wordplay and a whole lot of punchlines. Nothing new from the King of Punchlines.

Before formation of The Kansol, Madtraxx was still in the lime light with some killer tunes under his belt. ‘Get Down' was a Big tune , ‘Ita Waiter’s was another vibe on its own. How could I forget about ‘Bodaboda’. Every Kenyan had coined the phrase ‘Nitaride Bodaboda’ which eventually lead to the growth of the bodaboda transport industries.  Madtraxx has produced some undeniably ‘lit' songs on his own. I hope today’s generation get to enjoy and  appreciate the solo strides Madtraxx took on his rise to greatness.