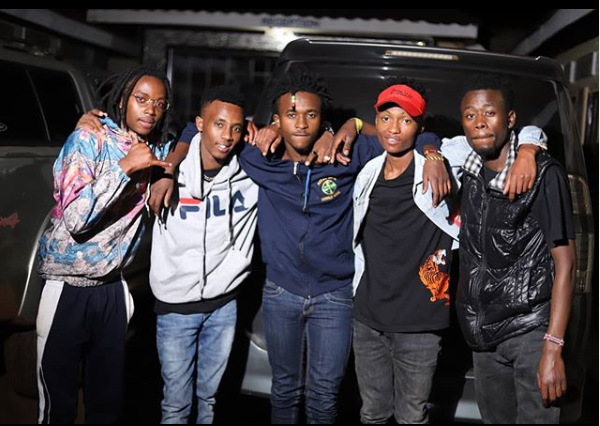 ‘Wainame’ was officially released today morning, and is already making a kill online with over 13,000 views and 300 comments on YouTube.

The song is set to be a club banger thanks to its amazing beats.

In a short description on YouTube, popular radio presenter Mwalimu Rachael who published the song online noted that it was all about the “party scene”.

“All about the Party Scene! Sailors are back with another BANGER- Wainame for their fans and this should get us all on our feet!” she said.

The group is widely known for its songs that include; Wamlambez, Queen B, and Pekejeng.

Wamlambez is arguably their biggest song having managed over two million views on YouTube.

Last week, the group suffered a blow after the Kenya Film and Classification Board (KFCB) restricted ‘Wamlambez’ to adult clubs and bars only.