NIGERIA: Harrysong Has Opened Up About Life After His Exit From Five Star Music 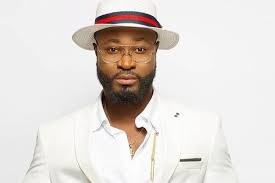 Nigerian singer, Harrysong has spoken about his music life a year after he left his former music label, Five Star Music.

The singer who left the record label in 2017 went ahead to form his own record label known as Alter Plate where he stated that it’s been good tidings since then.

In an exclusive interview with HipTV, where he spoke on some other issues relating to his career and  the music industry, the singer opens up about the progress he has been making;

"It's been amazing since I left Five Star. We’ve been doing great work and we’ve been making money, playing shows. It’s [quality lyrics] coming up. It’s even doing good. It’s better than the other times when we just had shayo and bum bum.“Have you heard? Davido is doing some parables and some things that are happening in Nigeria. From 20-30 percent we were before, we are now at 50-60 percent.”