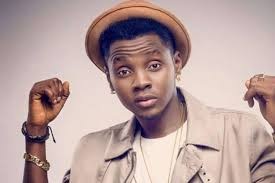 Nigerian Singer Kiss Daniel changes his name to Kizz Daniel, though the difference can only be seen in the spelling. Also no official statement has been made by the singer or his team.

New Spotify and Apple Music accounts have also been created with the names Kizz Daniel, the two of them with his new songs featured.

Although the singer’s Twitter handle still remains @iamkissdaniel his Twitter name has also been edited to read ‘Kizz Daniel’.

This has brought on many speculations with many rumours suggesting that, the change in the name is a loophole to escape legal implications from his former label, G-Worldwide.

Kiss or now Kizz Daniel exited his former label amidst an ongoing dispute which does not seem to be going away anytime soon if we are to go by the name change.

The singer and the label have gone to the extreme by soliciting the help of the court to settle their dispute.

In December 2017, G-Worldwide Entertainment said it had obtained a court order restricting him from using his stage name or any of the songs recorded in the last four years.

The change might also may have occurred to help the singer collabo with other artists, as he’s one of the most sort after singers of the moments. He currently features on Nigerian singer Omawumi’s new song ”Me Ke” ft Kizz Daniel.

Rumours going round is that, the change in the name is a loophole to escape legal implications from his former label, G-Worldwide.

Efforts have been made by media outlets to reach out to his manager to ascertain the reason behind the name change with but all to no avail.