​UGANDA: David Lutalo in a Hot Collabo With Nigeria’s Solidstar 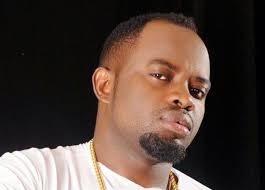 Currently ranked as Uganda’s Number One Artist, musician  David Lutalo is set to drop a Fresh new Dancehall song with Nigeria’s Biggest name in the Dancehall fraternity called Solidstar for a song they are yet to reveal.

Our snoops have been alerted that currently David Lutalo and Solidstar have already started working on their brand new tune that will be released as soon as Lutalo is back Into his  country from his Dubai Music performances where he will leave then pass by Lagos and back to Uganda.

This new song was partly written by David Lutalo himself and Solidstar and the audio was produced by Pbanks, recorded and mastered in Lagos, Nigeria by Swaps Producer.

The title of this new song is yet to be revealed but meanwhile, Solidstar has already a club banger doing so great in Uganda, a remix of Sheebah Karungi’s song titled “Nkwatako.”