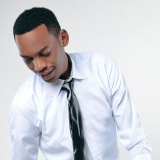 27 221 monthly listeners. Rank: 66 ↗ +16
Goodluck Gozbert(born 12 April 1990) Is a Gospel artist,Songs Writter and singer from Tanzania. He is best known for his hit songs and Incredible Albums such as IPO SIKU and SHUKURANI,
Won an Xtreem Award in 2015 as Tanzanian Best Gospel Artist, and Sauti Awards London 2017 as Best East African Gospel Artist/Song of The Year
He is Said To be an Inspiration to a Number of Youth Generation in Churches and Outside within His Country and Outside, He is The Music Producer and he Owns a Recording Label known as Mini sound.... (more)
Promote artist ↑
report
Get Latest DJ Mixes
More Songs

Although he had been in the industry for a long time, the singer started sharing his songs on YouTube in 2015. The first track that he published was dubbed ‘Acha Waambiane’. The song performed incredibly well, by press time it had gained more than two million views on YouTube.

In 2016, he released his first album dubbed ‘Ipo Siku’ which had eight songs. It is from the debut album that his breakthrough song ‘Ipo Siku’ emerged. The song which preaches perseverance among Christians won over the hearts of many and became an anthem within and outside Tanzania.

Goodluck Gozbert cemented his reputation in 2017 when he released his second album titled ‘Shukurani’. The album housed 14 tracks including; ‘Kama Sio Wewe’, ‘Hauwezi Kushindana’, ‘Wastahili’, ‘Nyakati’, and many more. Some of the songs on the album went extremely viral and earned millions of views online making the singer a household name. For instance, ‘Kama Sio Wewe’ has accrued approximately 19 million views since its publication on YouTube.

In 2021, he released his third album called ‘Kampeni’. ‘Kampeni’ had 10 songs that also performed extremely well. At his point, Goodluck Gozbert had become one of the most sought-after and celebrated gospel artists in East Africa.

His influence in the Tanzanian music industry has seen him work with other top-established musicians including; Ben Pol, Neema Mudosa, and Bony Mwaitege among others.

Goodluck Gozbert has been awarded and recognized for his contribution to the growth of the Tanzanian gospel music through various prestigious awards, among them; Maranatha and Xtreem Awards.


What awards has he won?
Among the prestigious awards that the singer has won include; Male Artist of the Year for East Africa at the 2015 Sauti Awards, Best Gospel Artist/Song of The Year at the 2015 Xtreem Awards, and Best Male Minister-Africa award at the 2019 Maranatha Awards Eastern Africa among others.

How to listen and download Goodluck Gozbert music on Mdundo.com
His songs are available for free download and streaming on Mdundo.com. Access the site from any device that has internet, navigate to the search area and type in his name, then tap on the search button. A catalog bearing all of his mp3 songs will be displayed. Scroll to your favorite song and either listen to it online by tapping the play button or save it to your device by tapping the download button.