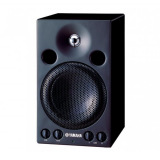 Instrumental Beats
About Free Beats Instrumentals
Free beats instrumentals are an important aspect of music, from recording to its production. Instrumentals refer to a recording with no vocals/lyrics. In some cases, they may contain inarticulate vocals, such as screamed backup vocals in a big band situation. They remain an unchanged paradigm in the production of songs for tens of decades.
The same fundamentals that apply to vocal music also apply to instrumental music. While typical songs are characterised by a human voice, instrumental music is punctuated by instrument sounds in place of voice. Therefore, a song in this context semantically expands to include costless beats and instrumentals in their larger meaning. Different instruments are used in music creation, either largely or solely. A composer can create an instrumental in one of these three ways.
1. As a written music notation.
2. As it is in the composer's head – common when planning to perform the piece yourself, a solo guitarist or a folk music fiddle player.
3. As a live performance usually performed by a solo instrumentalist or a musical ensemble. This could include anything from a duo or trio to a big band, concert band, or orchestra.
Three Main Categories of Instrumentals:
Percussion instruments - xylophones
Stringed instruments – clarinet
Wind instruments – guitar, violin
These three categories define every aspect of this musical form. They are as common now as they were in the 1950s after their discovery. What changed is the medium in which the instruments are used. For instance, drums, guitars, and violins were physically used to create no vocal sounds back in the day. Listening to hip-hop or rap from the 60s’ gives you a clear picture of all this. Vibrations in the matter are the basis for all musical sounds. Because of the vibrations, sound waves are emitted into the atmosphere. Then, resonance increases the volume of the sound waves produced by these instruments.
Today though, these instruments remain valuable in music production but in their electronic form. A producer can create instrument sounds using a computer. You will barely notice any difference in the sounds of these electronic beats and the conventional beat creation. They both sound splendid, as you will notice with most afro songs in Nigeria.
Why you should listen to free beats instrumentals
For music enthusiasts, the existence of instrumental beats means quality music. Many producers in Africa and worldwide capitalise on these unpaid sounds to net more artists to their studios. They publish these instrumentals online and allow people to sample them.
Artists also get an opportunity to listen to different beats and evoke inspiration to compose a song in a certain way. They give upcoming artists a shot at recording their songs; gospel crooners included, without too much hustle financially and otherwise. You can get royalty-free beats for afrobeat, RnB, hip-hop/rap, trap, or any other genre.
With more internet penetration, platforms like Mdundo.com are a goldmine for artists and producers because these free instruments are just a click away. There is more quality music from an increasing number of artists, some of whom are surrogates of the free beats instrumentals. And the ripple effect is the rapid growth of African music. For example, instrumental music covers have shot several artists to fame. They were relatively unknown before the covers, but their magical works on popular songs with instruments earned them a seat at the high table.
Download Free Beats Instrumentals for Free on Mdundo.com
Mdundo.com is a free, pan-African digital platform that fills the void of being unable to reach a wider audience due to their low-end feature phones.
Users of mdundo.com can legally download an unlimited amount of music in mp3 format from their favourite artists. Over 1.5 million tracks and 80,000 African musicians are available on the portal.
Anyone with an internet-enabled phone can download music from Mdundo by going to Mdudo.com, searching for their favourite artists and songs, and then clicking "download" or "play" to listen to the music offline or online, respectively.