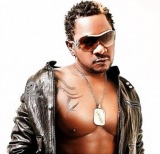 Awilo Longomba is a Congolese musician who was a drummer in Viva la Musica, Stukas, Nouvelle Generation and Loketo. In 1995, he finally quit drumming for singing and released his first album Moto Pamba with help from Shimita, Ballou Canta, Dindo Yogo, Dally Kimoko, Sam Mangwana, Syran Mbenza and Rigo Star.

His second CD, Coupe Bibamba (1998) made him known throughout Africa, Europe and America. This was followed by Kafou Kafou (2001) and an album, Mondongo (2004), which features Japponais, Dally Kimoko, Caen Madoka, Djudjuchet, Josky Kiambukuta and Simaro Lutumba. He is also credited as an atalaku (animateur) on some soukous records. Awilo now lives in France and is engaged to musician Barbara Kanam.

If you are a Congolese music lover, you must have heard hit songs by Awilo Longomba. He was born in Kinshasa, the capital of the Democratic Republic of Congo (DRC) on May 5 1962. Today’s musical superstar knew nothing more than music when growing up.
His father Vicky Longomba, was a popular artist back in the day which was instrumental to his young son then. The Ecuador descendant led the popular Congolese Rhumba outfit ‘Tout puissant OK Jazz’. The band had a lot of impact on shaping Awilo’s career in the 1960s and 1970s. He never missed any of his father’s rehearsal sessions; he loved it too much.

Before long, he was so deep into music that he opted to go into a band than a lecture hall all day. Awilo Longomba first played the drums in ‘l'orchestre de Lita Bembo’ band in his hometown of Kinshasa. He quickly rose to become a revered composer and the world loved him. He debuted his first international tour in Europe and Japan in 1985 and 1986, while performing in Papa Wemba's orchestra, ‘Viva La Musica’ which gave him his first true taste of live performing.
Awilo Longomba acknowledges that Papa Wemba had an enormous impact on Congolese musicians and that he learnt a great deal from him. With Wemba, he never lost his touch with the drum which he magnificently did La Nouvelle République until the 1990s. He then recorded his first album ‘Pookondo’ in 1994.

This was in line with his transition to become a fully-fledged artist which is why the ‘Gate le Coin’ hitmaker left for France where he launched his music career. Soon, word got out that he was one of the best drummers in France. In doing so, he was able to work on multiple records and tour the world with a variety of African performers, including Tshala Muana, Oliver Ngom, and Kanda Bongo Man. And each song he released thereafter was a hit.

In 1998, the Congolese Techno-soukous artist released his second album ‘Coupe Bibamba’. He became a household name in several sub-Saharan African nations because of its popularity and it booked him performances in major African cities. He followed it up with the release of his third album Kafou Kafou in 2001 whereby, his ‘Cache Cache’ song became very popular.

In his prime, he released another Soukous record ‘Mondongo’ in 2004 featuring big artists like Simaro Lutumba, Josky Kiambukuta and Dally Kimoko. To crown the year, he released ‘Karolina’ as a tribute to the beauty of an African woman – the song became an anthem in Africa. However, he sort of took a musical hiatus from 2009 to 2014 and his fans were left wondering what went wrong.

When the 59-year-old was invited to perform on the night of the popular reality TV show, MTN Project Fame in Nigeria courtesy of 2Face in 2014, he explained his years of silence. Awilo Longomba said that he never quit music but took time off to adjust to the ever-changing needs of music. He took on a global tour performing in the UK and Europe where he enjoys unrivalled support. It was around the same year that he released his comeback hit ‘Bundelele’ that took Portuguese-speaking Brazil by storm. In Nigeria alone, he enjoys a huge fan base especially after working together with Praize and PSquare.

Awilo Longomba songs and albums are online on Mdundo.com and are available for download in mp3.