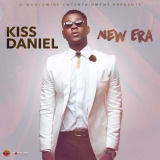 Who is Kiss Daniel/Kizz Daniel?
Kiss Daniel real name Oluwatobiloba Daniel Anidugbe is a singer and songwriter from Nigeria. He focuses on pop, Afro-beats and R&B music.

How did he start his music career?
He made his music debut while he was in university in the early 2010s. However, it was not until 2015 that his career picked up. His breakthrough came when he released his third single dubbed ‘Laye’ which had an amazing video. ‘Laye’ made him popular and pushed him to release more songs since there was demand for his music, but he did not have a huge catalog.

In 2016, he released his debut album dubbed ‘New Era’ and followed it up with several amazing singles and albums that have helped cement his place in the Naija music industry. In the course of his career, Kiss Daniel has worked with several top artists that include; Wizkid, Davido, Diamond Platnumz, Nasty C, Sarkodie, Wretch 32and Philkeyz among others.

Which are his top songs?
Mama
Eh God
Pour Me Water
Lie
Oshe
Skin
Addict
Laye
One Ticket
Boys are Bad
No Do

Which label is he signed under?
He is currently a member of Fly Boy Inc record label which he founded in 2017. He created his label following a dispute with G-Worldwide Entertainment which had signed him since 2013.

Is Kiss Daniel an engineer?
Yes he is a water engineer. He graduated in 2013 with a degree in Water Resources Management from the federal University of Agriculture, Abeokuta.

Is Kiss Daniel married?
Despite being a celebrity, he has managed to keep details of his relationship very private. It is clear who he is dating or who he has married. What is known to many is the fact that he was blessed with triplets; Jamal, Jalil and Jelani in 2021, but unfortunately, Jamal succumbed a few days after being born.

Did Kiss Daniel change his stage name?
Yes he changed his name in 2018 from Kiss Daniel to Kizz Daniel following a dispute with his previous management G-Worldwide.

How to listen and download his songs on Mdundo.com
His songs are available for free download and streaming on mdundo.com. To listen to his music, visit mdundo.com and search for Kiss Daniel. A catalog of all his available MP3 songs will then be provided for you to select the ones you want. You can download/listen to his latest music on Mdundo through your phone, laptop or any other device that can access the internet.