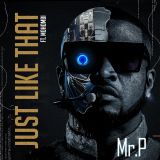 Who is Mr P?
Peter Okoye also known as Mr P is a celebrated singer-songwriter from Nigeria. . He was born in November, 1981. He was the one half of the P-Square music group alongside his identical twin Paul Okoye alias Rudeboy. He focuses R&B and afro-beats among other genres.

How did Mr P start music?
Peter Okoye started doing music in high school while studying at St. Murumba Secondary school. Together with his twin, they joined the school’s music and drama club. The club gave them a platform to develop their careers by creating covers and performing songs by popular artists including; the late Michael Jackson and Bobby Brown.

At Murumba, they teamed up with other upcoming artists and formed a band named MMMPP. The name came up as a result of their initials; M Clef, Michael, Mevin, Peter and Paul. After completing high school, the group was disbanded as the different members joined different universities.

Peter Okoye and Paul were lucky to both join University of Abuja. During their time at the institution, they started their music group P-Square that eventually became one of the biggest groups in Nigeria and Africa.

After conquering Africa, the two parted ways in 2017 with each opting to pursue a solo career after irreconcilable differences. After five years of beefing, the two put their differences aside in November 2021.

Which are Mr P’s top songs?
Paloma
Prodigal
Follow My Lead
I Love You
One More Night ft Niniola
Odo
Just Like That
Too Late
Look Into My Eyes
For My Head

Does Mr P have any albums?
Mr P has one album dubbed ‘The Prodigal’. It was released in April 2021.The album features top musicians that include; Simi, Tiwa savage, Mohombi , Dj Switch, Teni, Tamar Braxton and Wande Coal among others.

What is his relationship status?
Mr P is married to Lola Omotayo. The two got married in November 2013 after welcoming their first child Aliona in the United States.

What are some of his top achievements?
Having been in the industry for over 15 years, Mr P has several achievements under his belt. Peter Okoye’s top achievements include; receiving an honorary Doctorate degree from ESCAE university in Benin, being named a brand ambassador for Adidas and creating Dancing with Peter reality show in collaboration with Globacom telecommunication limited among other milestones.

How to listen and download Mr P songs on Mdundo.com
His songs are available for free download and streaming on mdundo.com. To listen to his music, visit mdundo.com and search for Mr P. A catalog of all his available MP3 songs will then be provided for you to select the songs you want. You can download/listen to his latest music on Mdundo through your phone, laptop or any other device that can access the internet.