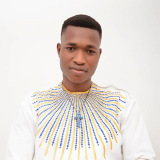 He Completed his primary and secondary schools education in Osun State. Thereafter, he proceeded to Osun State Polytechnic, Iree where he studied Mass Communication and graduated in 2015.
King Festus pursued his educational attainment with seriousness and dedication as it deserved.
King Festus worked as broadcaster at Téré F.M Williamsville, Abidjan, where he also produced Jingles and musical works on Radio.