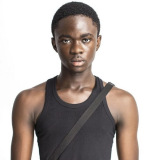 Rank: 2012 ↘ -193
Yaw Tog is a young sensational rapper from Ghana based in Kumasi. His new released title "SORE" has made waves all over the world. Branding his genre as the "Asakaa Drill" straight from Kumerica (more)
Promote artist ↑
report
Get Latest DJ Mixes

Yaw Tog is the youngest rapper in Ghana who continues to be a sensation. He was born in Kumasi in 2003. He attended his primary school here and later Opoku Ware Senior High School in Kumasi. He completed his high school in October 2021.

The teen has an interesting journey into music. Football was one of his favourite childhood pastimes, but one day his mother stopped him from playing. Left with no choice, he would spend most of his time in the house after school listening to music which shaped his love for entertainment. He would listen to tones of music every day and eventually started writing his lyrics. For some reason, he was fascinated by hip hop but he ended up sinking deep into drill music.

The south side of Chicago is where drill initially originated. In contrast to other modern hip-hop subgenres, it has a sinister, brooding feel. There is a rapid hi-hat and a heavy undulating bassline in each song. Its actual appeal lies in the depth of its emotional resonance. Once Drill reached London, it sparked debates about juvenile crime in the United Kingdom. Drill was popularized by Pop Smoke, a Brooklyn-based DJ. On his ‘Meet the Woo mixtapes’, he teamed up with East London producer 808Melo, who was quick to note the tenacity of the genre's British inheritors. A group in Ghana was inspired by Pop Smoke's minatory take on hip-hop despite his untimely death in spring 2020, and they decided to create their own version of the genre in his honour. And this group was The Asakaa Boys, a five-member team that Yaw Tog was a part of.

Being part of this creative whose name represents Kumasi’s slang gave Tog an internal push to pursue music. He jumped into the limelight with ‘Sore’ which featured the other four Asakaa members in 2021. The song quickly made him the group’s drill music poster boy. The fact that he is based in Kumasi made it even easier to venture into drill music because a part of it involves selling culture and as home to Ashanti royalties, the reception is fantastic. However, Yaw Tog credits his success in music to Kofi who is the music director for Asakaa Boys. He bumped into Tog’s freestyle video on WhatsApp and he reached out.

They met, talked and have been working together ever since. ‘Sore’, his legendary Twi breakout song loosely translates to ‘rise’. Traditional West African roots are incorporated with the dynamic flow of drill music in this heavy, sung chorus. In the wake of the song's success, Stormzy, a rapper based in the UK and Ghanaian rapper Kwesi Arthur sought collaborations with Yaw Tog. Listening to his songs, you can’t help but notice his delivery with English, Twi and Pidgin.

Yaw Tong combines pre-written lyrics with spontaneous, free-flowing phrases to achieve a seamless flow across compositions. Writing things down in English first, and then translating them into Twi while in the studio, is how he does it and it gets easier with every track he puts out. His mantra is remaining authentic in his music. He talks about real issues that everyone relates to and derives his lyrical inspiration from daily happenings in Kumasi.

Yaw Tog songs and albums are online on Mdundo.com and are available for download in MP3.