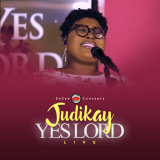 Who is Judikay?
Real name, Judith Kanayo, Judikay is a Nigerian gospel singer and songwriter. She studied Theatre Arts at Redeemers University Osun State, Nigeria. She is from southern Nigeria and sings mostly in Igbo, Yoruba and English.

Judikay started her career as a backup artiste for Nigerian music producer, singer and songwriter Akinwunmi Nathan Oluniyi Akiremi professionally known as Florocka. In the quest to tap into her full potential as a singer,
Judikay moved on from being just a backup singer to carving her own path and becoming a full time gospel singer. She released her first single titled Nobody Else in 2013 and ever since has continued to be consistent with the music.

The consistency would pay off in Febraury 2019 when she penned a record deal with Nigeria’s biggest gospel music record label, Eezee Conceptz, the same label home to the biggest Nigerian gospel music acts like Mercy Chinwo and Minister GUC. Her record deal came with the gift of brand new car.

Judikay started life with Eezee Conceptz with a brand new single, More Than Gold featuring Mercy Chinwo. The song would go on to become a gospel hit, a favorite tune sung in churches and Christian gathering around the country. The song put her name in the conversation of top gospel music artists in Nigeria.

Following the massive success of the record More Than Gold, she and her team knew it was time to start working on an album and eight months later an album from the songstress was ready. Her debut album titled Man of Galilee was released on the 7th of November 2019. The project housed fourteen tracks with a listening time of an hour and four minutes. The album contained her hit songs Omemma, Capable God and a remix of More Than Gold, her first single under Eezee Conceptz.

On the 15th of August 2020, Judikay got married traditionally to her husband, Anselem Opara, a very devoted Christian. Three months later, 7th November 2020, the Church wedding took place with Mercy Chinwo, Minsiter GUC, her Eezee Conceptz family and other notable gospel singers and ministers in attendance. The CEO of Eezee Conceptz, Mr Ezekiel ThankGod aka Eezee Tee presented the newly wedded couple with a brand new 2016 model of the Hyuandai Elantra to celebrate their marriage. This wonderful gesture left the bride in tears.

After marriage, she has continued her impressive run of outstanding gospel songs and she’s still going strong with new releases. She hopes to continue to impact, uplift and minister to lives through her music. Her records in turn has rewarded with a number of awards and nominations. She won the Best Breakthrough Minister Female award at Maranatha Awards 2020 and also earned nominations for her record, Song of Angels (Ndi Mo Zi) and debut album Man of Galilee.

All Judikay songs are online on Mdundo.com and available for download in mp3.