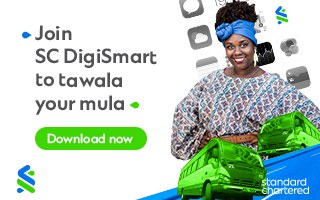 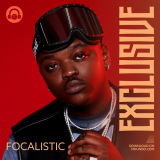 Far from the defining wildlife sceneries and breathtaking landscapes in South Africa, Amapiano Dj mixes welcome you magnificently just like tourism does. When discussing South Africa’s music, this music is always a topic of discussion. This genre has become popular and is quickly making its way to neighbouring nations like Zimbabwe, Zambia, and Botswana.

It all started in 2014 in Johannesburg, the capital of South Africa. In Mzansi, Zulu traditions are highly esteemed, and their music has impacted many other musical genres, including the now-defunct gqom. Listening to Amapiano Dj mixes, you basically listen to mixes filled with synths, airy pads, and spacious bass lines that define songs in this genre. Known in street lingo as ‘yano’ it picked elements of deep house beats, Kwaito, gqom and jazz.

It took years of dedication from a core group of musicians to spread songs in this vein. The Mzansi musical duo MFR Soul, who have been performing together since 2012, gave this style its name. The prominent piano sounds in these songs led to adding the word "piano" after the Zulu-inspired prefix "Ama."

The pioneers of this sound say it took years of trial and error. Notable figures in the genre's rise to prominence include Kabz De Small, DJ Maphorisa, and DJ Stokie. During his time as a DJ at YFM, Stokie devoted an entire hour to playing just 'Yano' music. However, the Kabz and Maphorisa partnership is universally acknowledged as Amapiano's patriarchal axis. They played just as passionately at clubs as they did at home gatherings. In 2019, Amapiano was the fresh face in the media spotlight after years of pushing it to become a mainstream genre.

Why You Should Listen to Amapiano DJ Mixes

People from many walks of life are drawn to and impressed by this style of music. Its jazzy, soulful quality appeals to both young and old, transporting the former to a time when jazz was in vogue.

This jazzy dance gave rise to some of the top-selling album mixes in South Africa. Since 2016, Amapiano music has been popular in South African townships, which were formerly segregated by race. Its rapid and organic spread via WhatsApp and other social media platforms led to the emergence of new variations and subgenres. The jazzy sound now trendy in each of the latest releases is a testament to how vibrant it is. Each of the new Amapaino DJ mixes surprises you, especially with the inclusion of samples from Nigeria.

Some of the popular Nigerian artists sampling these beats include Reekado Banks, Rema (Woman), Burna Boy ('Yaba Buluku), Adenkule Gold (High), and Davido (Champions Sound) incorporate Amapiano sounds. So powerful is this sound that Cassper Nyovest and Focalistic ditched hip hop for yano. The genre's influence has since moved internationally. More than 570 million videos with the hashtag #amapiano have been viewed on TikTok. Songs such as ‘Siyathandana’ are still popular on this video platform.

Mdundo.com allows its users to legally and freely download an endless amount of music from their favourite artists in mp3 format online. The platform features the works of over 80,000 African musicians and over 1.5 million recordings.