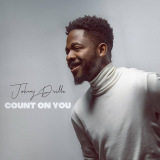 16 459 monthly listeners. Rank: 113 ↗ +14
John Ighodaro, professionally known as Johnny Drille, is a Nigerian singer and songwriter. His career came into the spotlight when he released a cover of "Awww" by Di'Ja. He is currently signed to Mavin Records. (more)
Promote artist ↑
report
Get Latest DJ Mixes
More Songs

Who is Johnny Drille?
Johnny Drille alias John Ighodaro is a renowned singer, songwriter, producer and sound engineer from Nigeria. He was born in July 1990 and focuses on rock music. He is a graduate of English and Literature from the University of Benin.

How did Johnny Drille start his music career?
He started singing at an early age while attending his father’s church. However, his music career officially kicked off when he took part in the sixth edition of Project Fame West Africa in 2013. The competition helped him build his brand especially in urban areas in Nigeria.

His major breakthrough came in 2015 when he released a cover of Di’ja’s popular ‘Awww’ hit. The cover went viral across the country and earned him the much needed mileage. In 2017, he collaborated with Niniola on a song dubbed ‘Start All Over’ which did equally well. He followed it with several projects that culminated into the release of his debut album dubbed ‘before We Fall’ in September 2021. In the album, he featured several top Nigerian musicians including; Ladipoe, Ayra Starr, Don Jazzy, Kwitte, Chylde and Cilsoul among others.

How many albums does he have?
He has one album dubbed ‘’Before We Fall’. It was released in September 2021.

How many awards has he won?
In 2019 he won The Best Alternative song award at The Headies for his song ‘Finding Efe’.

Which label is he signed under?
He is signed under Mavin records owned by Don Jazzy. He has been a member of the label since 2017.

Can he play any instruments?
Johnny Drille is good with the guitar and piano.

What is his relationship status?
Although he is very popular in Nigeria, Drille has managed to keep his private life away from the media. It's not clear if he is dating or if he is married.

How to listen and download Johnny Drille songs on Mdundo.com
His songs are available for free download and streaming on mdundo.com. To listen to his music, visit mdundo.com and search for Johnny Drille. A catalog of all his available MP3 songs will then be provided for you to select the songs you want. You can download/listen to his latest music on Mdundo through your phone, laptop or any other device that can access the internet.