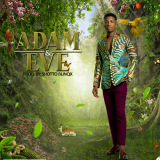 Rank: 562 ↘ -77
Martin King Arthur popularly known as Kofi Kinaata is a Ghanaian musician and songwriter from Takoradi. He is noted for his fante rap and freestyle and therefore known as the Fante Rap God. (more)
Promote artist ↑
report
Get Latest DJ Mixes

Ghanaian artist Kofi Kinaata is an astounding performer who doesn’t get enough credit for his inspirational works. His history, though, speaks of a man who successfully carved out a space for himself in Ghana’s music industry, and that’s what makes him a star in his own right.

On April 15, 1990, Charles King Arthur welcomed a baby boy into his family and named him Martin King Arthur. This young lad grew up in EffKay (Effiekuma) and schooled at Nana Brempong Yaw School before proceeding to Takoradi Technical Institute for his secondary education.
It is here that he discovered his rapping talent and skillfully perfected it.

Takoradi remains a soft spot for Kofi Kinaata because it is here that he discovered his musical gift. He loved Ghanaian hip hop and every day of his secondary school life. Several radio stations welcomed him as a young rapper who participated in numerous hip-hop battles. Immediately after leaving Takoradi Institute, he made a shot at music by competing at Melody FM in 2009 and came in second.

Kofi Kinaata competed in the Melody FM (Kasahari) rap competition shortly after graduating from high school, and in 2009, he finished as the second runner-up. In 2011, he made available his debut single, "Obi Ne Ba." In 2011, he released his debut single, "Obi Ne Ba” and this came with his new style. The Fante rap and freestyle came in earnest, introducing him to the industry. It became abundantly evident that there was something particularly unique about his approach to music.

By 2015, he was already a big shot in the industry, and his Takoradi fan base helped elevate his Highlife-infused rap in Ghana. Although his reputation spread throughout the nation, he enjoys a cult-like following in his educational base of Takoradi. Kofi Kinaata is renowned for his lyrical skills. It includes original rhyme schemes and a witty Fante rap style with a dash of old and new classic African proverbs in his native tongue to amuse and inform people.

He packages his lyrics in a simple way that is easy for his fans to decipher, an art he learned back in secondary school. His best music lessons remain the art of celebrating his Ghanaian heritage with Fante rap laced with a pinch of highlife. These lessons made him a star in just three years in the music industry. Although Kofi Kinaata is popular for his many hit songs, ‘Susuka’ set him on a pedestal. The first song won him an award at the Vodafone Ghana Music Awards. Also, the song's video was the first by a Ghanaian freestyle rapper to exceed one million views on YouTube.

It was a tribute to his late father; the emotions in it coupled with hearty lyrics, touched hearts in a special way. His music career is successful, and he won the 2019 Ghana National Gospel Music Awards' Hybrid song of the year award in February 2020. The ‘Susuka’ crooner brazenly asserts that his degree of fame in the industry hasn’t changed who he is. He says he continues to live the way he did before fame came in.

In his music journey, Kofi Kinaata values humility to which he credits his success. It’s a rare trait among artists of his status, and he never takes it for granted. This humility stems from fear of letting down his fans. Each of his latest music must always hit a threshold of success anything below this means he would lose the people who support his music most.

Mdundo.com has mp3s, and millions of audio songs from your favourite artists you can listen to or download for free.