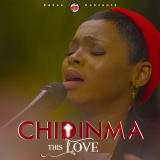 She is a singer and songwriter from Nigeria. Her full name is Chidinma Ekile. She was born in May 1991 in the city of Lagos. Her parents come from Imo State and she is the sixth born in the family of seven children. The 30-year-old Nigerian singer is widely known for vocal prowess that made her win the 2010 Season of Project Fame West Africa.

Chidinma's Journey and Breakthrough.
She started singing while a child. Born and raised in a Christian family, Chidinma joined the local church choir at the age of 10. While at the University, she wanted to pursue Mass Communication studies but was instead selected to study sociology at the University of Lagos. She almost dropped out to focus on Project Fame West Africa Audition, but decided to juggle the two. After going through the auditions, she was selected to join the Fame Academy alongside 17 contestants for 10 weeks. On 26th September 2010, she won the competition and became the first ever female artist to win. She warad numerous prizes including a new 2011 Toyota Rav 4 and became MTN Nigeria Official Brand Ambassador.
Life after Project Fame West Africa

Soon after winning Project Fame West Africa, she started working on her debut album. The prolific singer later signed to Clarence Peter's record label known as Capital Hill Records. At the label, she released successful projects like Kedike, Emi Ni Baller which was Capital Hill's all star song and her debut album named Chidinma which was critically acclaimed. In 2017, she released her hit singleFallen in Love which went viral and amassed about 103 Million views on YouTube.

Chidinma switch from secular to gospel music
In May 2021, the award winning singer announced that she switched to gospel music and released her first gospel song known as Jehovah Overdo. She explained that she switched from secular to gospel because it was something she wanted to do from the beginning. She is now signed to Eezee Concepts which also houses Nigerian gospel singer Mercy Chinwo.

Has she won any awards?
She has been nominated and won several awards that include Nigeria Music Video Awards (NMVA) and Kora awards.

How to listen and download Chidinma music on Mdundo.com

Her music is available for free download and streaming on mdundo.com. To listen to her music on Mdundo, visit mdundo.com and search for Chidinma. A catalog of all her available MP3 music will then be provided for you to select the songs you want. You can download/listen to her latest music on Mdundo through your phone, laptop or any other device that can access the internet.